Caravan World Rhythms is a BC non-profit presenter of world ...
Victoria BC
Open / Operational

“Quique represents a modern version of a Pan-American Troubadour fusing traditional Mexican styles such ranchera and huapango with rock, reggae.”

Winner of both a Juno award and Canadian Folk Music Award, Quique Escamilla was born and raised to a family of six in the warm, tropical southern lands of the state of Chiapas, Mexico. He started singing Mexican folk songs at the age of four at his family reunions. Today, Quique is an accomplished multi-instrumentalist, singer-songwriter, producer, and an international touring artist based in Toronto, Canada.

Quique’s music breaks down language barriers through his powerful voice and passionate delivery while fusing traditional Mexican styles of music with modern sounds of rock, reggae, ska, pop, jazz, cumbia, bolero, and a variety of other diverse sounds from Latin American and the Caribbean. His lyrics carry powerful messages that are inspired by and support various social and political issues such as human rights, immigration reform, global conservation, anti-racism, anti-oppression and indigenous rights.

25 years of performing live have seasoned Quique to effortlessly connect with his audiences–either solo or with his band; be it in an intimate house concert, Montreal Jazz Festival, Toronto’s majestic Koerner Hall, or rocking the Millennium Park stage in Chicago.

Despite the distance from his homeland, Quique remains strongly attached to his Mexican roots. He is honoured to be able to go to new places to share and disseminate among the audiences a flavour of Mexico and Latina America’s culture through his music and performances. In recent years, Quique has had the chance to share reputable stages along with high caliber artists from all diverse genres such as Los Lobos, Ron Sexsmith, Alabama Shakes, Jesse Cook, Serena Ryder, Jim Cuddy (of Blue Rodeo), Michael Franti, Los Texmaniacs, 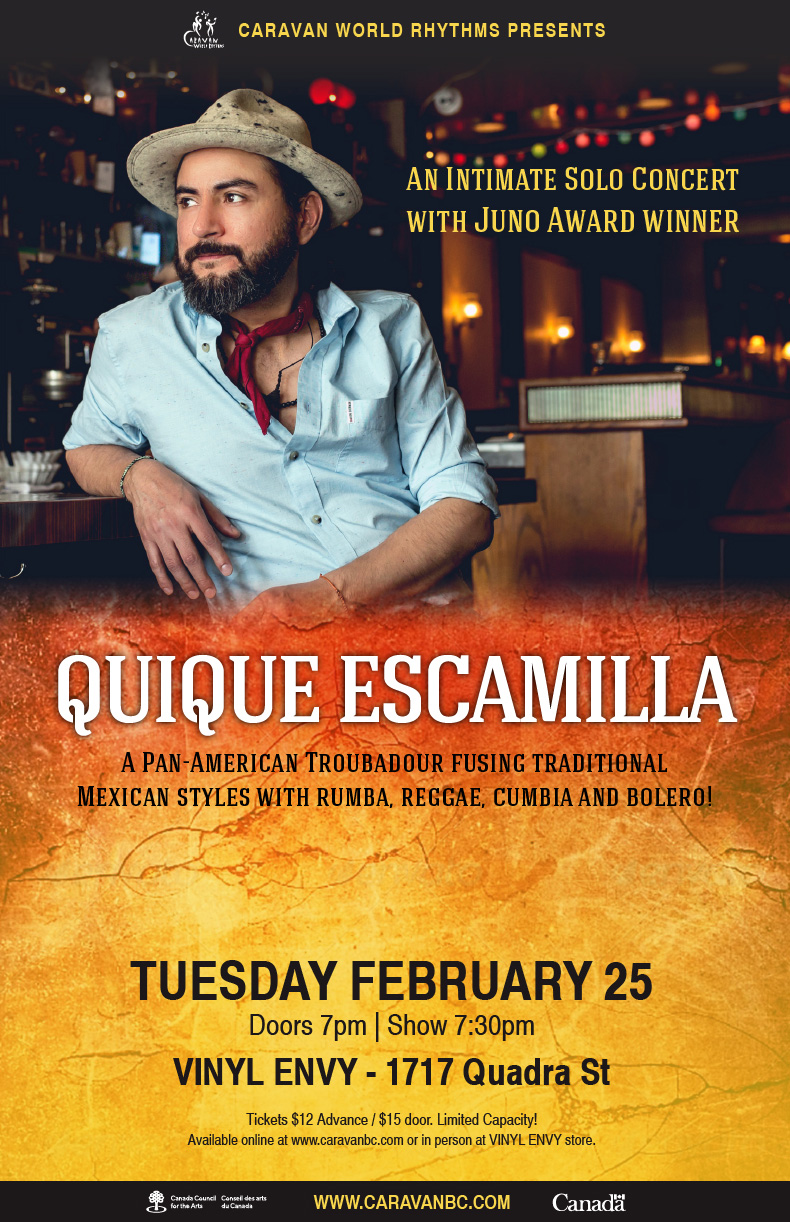