Come celebrate the end of a decade, and the beginning of a new one with us at th...

Instrumental Beats from Victoria BC
Available for Shows/Gigs

Come celebrate the end of a decade, and the beginning of a new one with us at the Copper Owl!

A night of dancing and revelry with an amazing lineup of DJs, featuring:

Grossbuster
After years of performing with touring bands, a solo project involving a midi controller and chopped up samples resulted in Grossbuster. He quickly joined the internet based beat collective Pragmatic Theory (UK) and played his first show in May 2013. Since then, Grossbuster has been turning heads with his high energy live show and killer sounds. "Take a mad stack of rare tapes and boil them down in the brain basin, rinse ‘em through the rhythm veins, and fire ‘em off through rapid fingertips . Grossbuster blasts an injection of the raw and analogue into a dose of dance music rarely heard on island time. Fresh loops lapping waves of bliss mist against the shores of our audible bays." - Weird Canada

Nova Jade
Tera "DJ Nova Jade" Greene is an award-winning DJ since 2003. Originally from Los Angeles, CA, she is the host of Bad Rabbit Radio on SUB.FM bi-weekly since 2018. She has lent her eclectic musical range as a DJ/Singer-Songwriter/Producer to a vast array of landscapes and settings. Nova has opened for Grammy-nominated artist Kelis, Juno-award winning DJ NDN of a Tribe Called Red, and has even sang on stage with Tre Hardson of the Pharcyde. At her core, Nova Jade is a true audiophile, a “DJ’s DJ”, and one of her passions is dance. She says: “Every set I play, I set an intention to become in tune with the heartbeat of the crowd I’m playing for.” Nova has played and produced over 15 events at Copper Owl and is honoured to get to play a set for one last hoot.

AWood
Never afraid to push the boundaries of her comfort zone, AWood has forged a path in the Vancouver DJ scene and has made a name for herself in the queer community DJing house, tech house, disco and techno; She was inspired to get into music after spending many years dancing nights away in clubs, raves and festivals. Get ready to boogie your way into the the new year!

BoizNcatz
Part human, part feral feline, this prowling Queerdo curates beats sprinkled with pawfuls of juicy vocals, low kicks, and crisp hi-hats that keep clawin' back. BoizNcatz offers a style saturated with house (bass, tech, future, progressive), and infused with hints of everything soulful, groovy, familiar, and latin-vibed. The BoizNcatz experiences aim to leave everyone feeling like they have something to dance to, weaved in an arching progression.

Audio Osmosis
Audio Osmosis, aka Jzero Schuurman, has been DJing in Victoria for the better part of the last decade with his weekly radio show on CFUV, and around town at various local haunts including Smith's Pub, Cenote, and Copper Owl. His live electronic project Psychic Pollution has taken him on tour across Canada multiple times and saw him performing alongside various iconic artists at shows and festivals. With an incredibly diverse range of musical knowledge and tastes, he often DJs psych, electronic, indie, hip hop, disco, house and more. Expect a dancier version of his DJ set than usual, designed to get you on the dancefloor!

Tickets on sale through Eventbrite on Tuesday December 17th at 2pm. 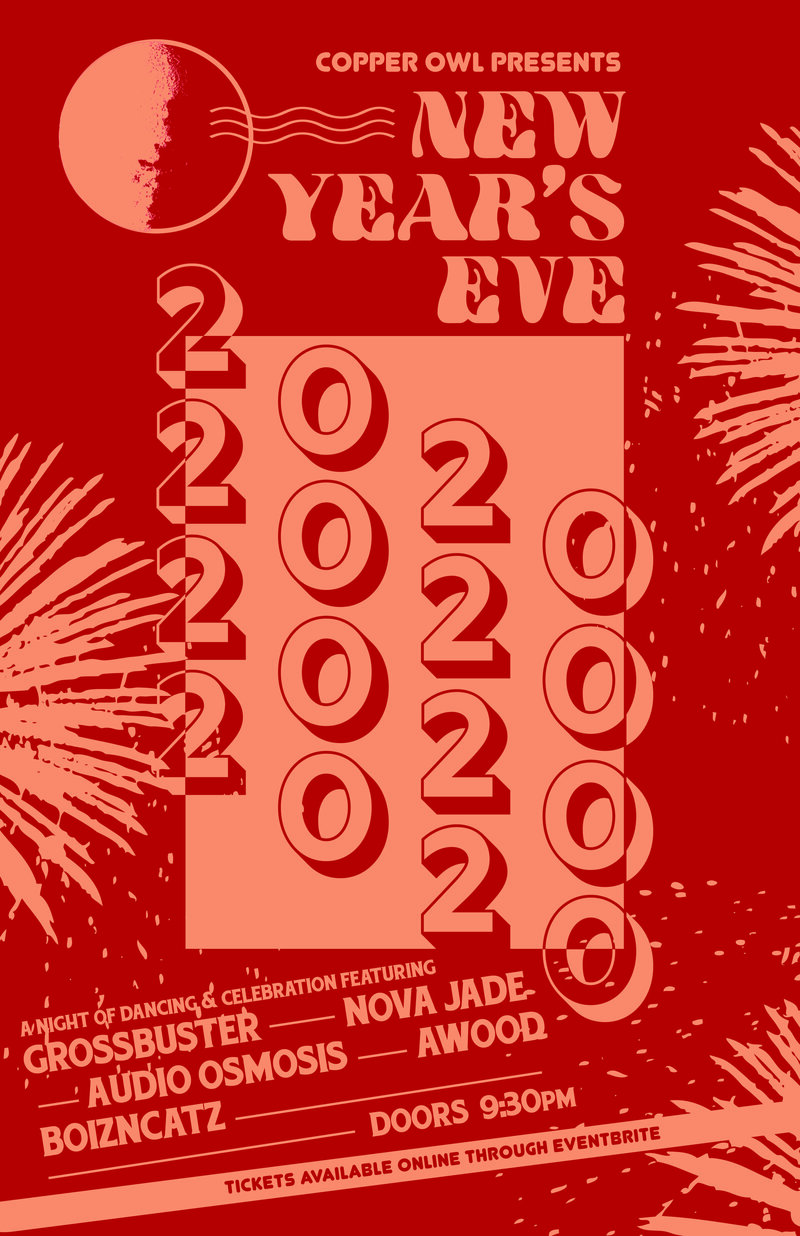