Groceries, Mulligan, The This, Absentia

Groceries, Mulligan, The This, Absentia

Punk Alternative from Victoria BC
Available for Shows/Gigs

surf from Victoria BC
Unknown

Formed by combining the freshest of meats, the tastiest treats, and the grooviest beets, Groceries are a band from Victoria BC. Fronted by the principal songwriter, singer and (primarily rhythm) guitarist, Leiv Phanenhour. The band has been together for nearly two years, and they play an upbeat kind of indie rock, a-la Mac Demarco mixed with The Tragically Hip (or something like that), with some irreverent stage banter thrown in for good measure. Consisting of two guitar players (Rob Walsh, and Phanenhour), a bassist (Randy Baragar) and drummer (Robert Niemann). They’ve played a ton of shows since their inception in 2017, including a cross-country tour in May 2019 in support of their debut album, "Burnout Lullabies," out now.

Mulligan is a four piece band hailing from Victoria, BC. Delving in genres such as grunge, punk, metal, and melodic hard-rock, Mulligan has come to be well-known for their high-energy, crowd-inclusive performances. Rather than focus on getting every note right and every beat precise, Mulligan abides by the philosophy that as long as it's entertaining, and fun, and driven by raw emotion, any band's music is worth paying attention to.

The This is a local rock-and-roll / garage rock trio from Victoria~ Featuring Last Marmot Records founder, Evan Matthiesen on vocals, Seth Eggler on drums and Jeremy Jimbo Rai on bass, this power-pop / DIY rock-and-roll trio will rile you up~ Check out their latest 7" released recently through Kingfisher Bluez.

Combining existential lyrics with big booming reverbs and conflicting delays, Absentia is an exploration of the perils that keep principle songwriter Eric Caouette up at night. Described as “space music” by his father, Absentia—although primarily influenced by ambient music—draws on aspects found in a variety of genres, namely indie, emo, and shoegaze. Absentia released their debut EP “A Reason for Living...” in October 2019, inspired by the sounds of bands such as The Daysleepers, Gleemer, and September Malevolence.

We acknowledge that this event will take place on unceded Coast Salish Territories, specifically of the Lekwungen and WSÁNEĆ peoples.

The Copper Owl is currently not wheelchair accessible. 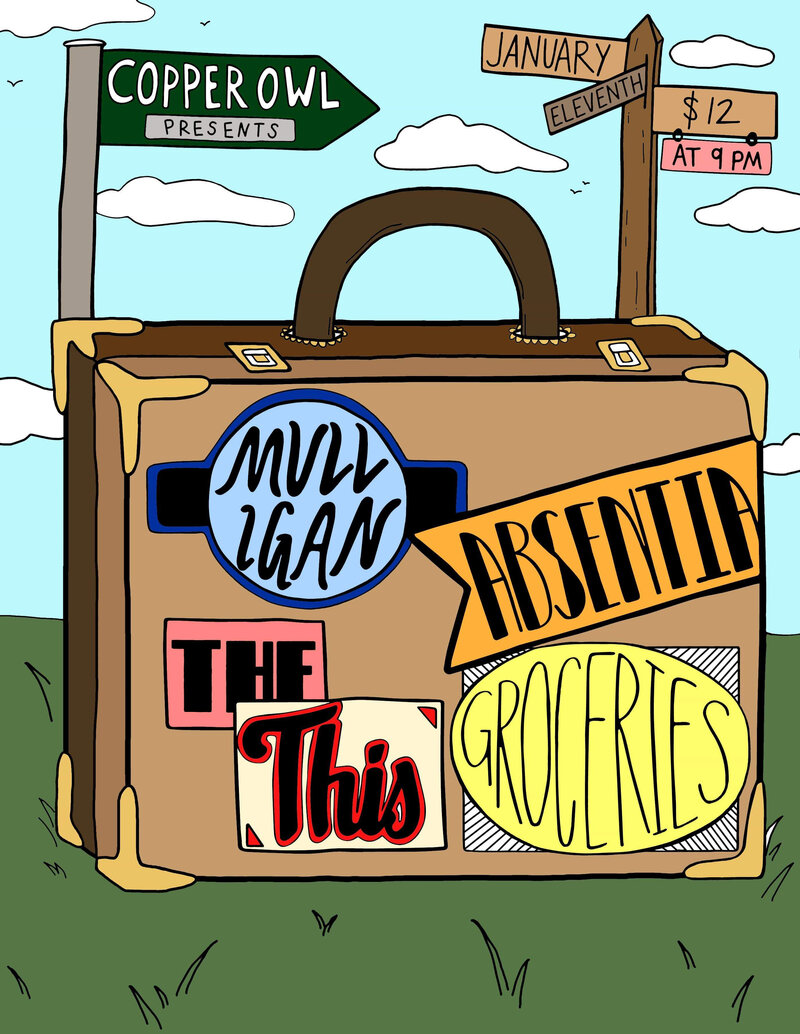