London-based producer and DJ object blue released her debut EP Do you plan to end a siege? on TT in 2018, with single “Act like it then” being named as tracks of the year by Resident Advisor, Mixmag and FACT magazine. She continued her exploration of experimental sounds and dancefloor rhythms with REX EP on Let’s Go Swimming, charted as one of top 2018 releases by Soulfeeder and FACT magazine. After becoming a Rinse resident, live sets at Corsica Studios, Berlin Atonal and Unsound Krakow, as well as DJing Printworks and No Bounds Festival, she was nominated by Hyponik as Breakthrough Act of the year. Names as an artist to watch in 2019 by Dummy magazine, she continues to perform a diverse range of music, ranging from live techno, experimental installations and DJ sets.

Born and raised on a farm in the suburbs of Vancouver, Grades were always mediocre at best for young Daniel, until one semester a mysterious new course emerged into the curriculum; Electronic Music Composition.

Classifying the unusual character of Daniel Gardner is a challenge. His school-teachers all tried and failed, finally attributing his unconventionality to a learning disability and decidedly closing the case on him completely.

Born and raised on a farm in the suburbs of Vancouver, Grades were always mediocre at best for young Daniel, until one semester a mysterious new course emerged into the curriculum; Electronic Music Composition. Suddenly discovered, were honor roll grades, and a means to merge an imaginative young mind with over a decade of fiercely enforced classical piano training.

In 1996, captivated by the unified dance floors and Detroit sounds, the 16-year-old embarked on a life-long love-affair with the loop and took his first DJ residency at a Vancouver afterhours. After two successfully directionless years studying electronics and design, and after dabbling with some independent releases, Daniel decided to put his pride aside and demo his accomplishments. A CD of incomplete works were sent out as an experiment to
5 of the most esthetically innovative labels in Germany, and received back were 3 requests to release it. The encouragement and new-found confidence led to the birth of the project FRIVOLOUS.

Now with more than 40 releases and over a dozen 12"s to his name, Frivolous has toured the globe playing an eclectic array of venues and festivals along the way. His live shows have been hailed for their energy, originality and ingenuity as he's taken the stage next to some of the most respected names in the business. Never compromising the art of showman-ship, these spectacles feature live keyboards and vocals as well as the incorporation of his DIY aesthetic. Integrating homemade devices such as the "Frivolous Patented Electromagnetic knife", the "Broken-Ruler Music Box" and the Double "Cable-Tub" Bass, his sets are injected with a sense of fantasy, imagination and personality scarcely found elsewhere in modern electronic dance music.

Unfortunately, Copper Owl is not a wheelchair accessible venue. 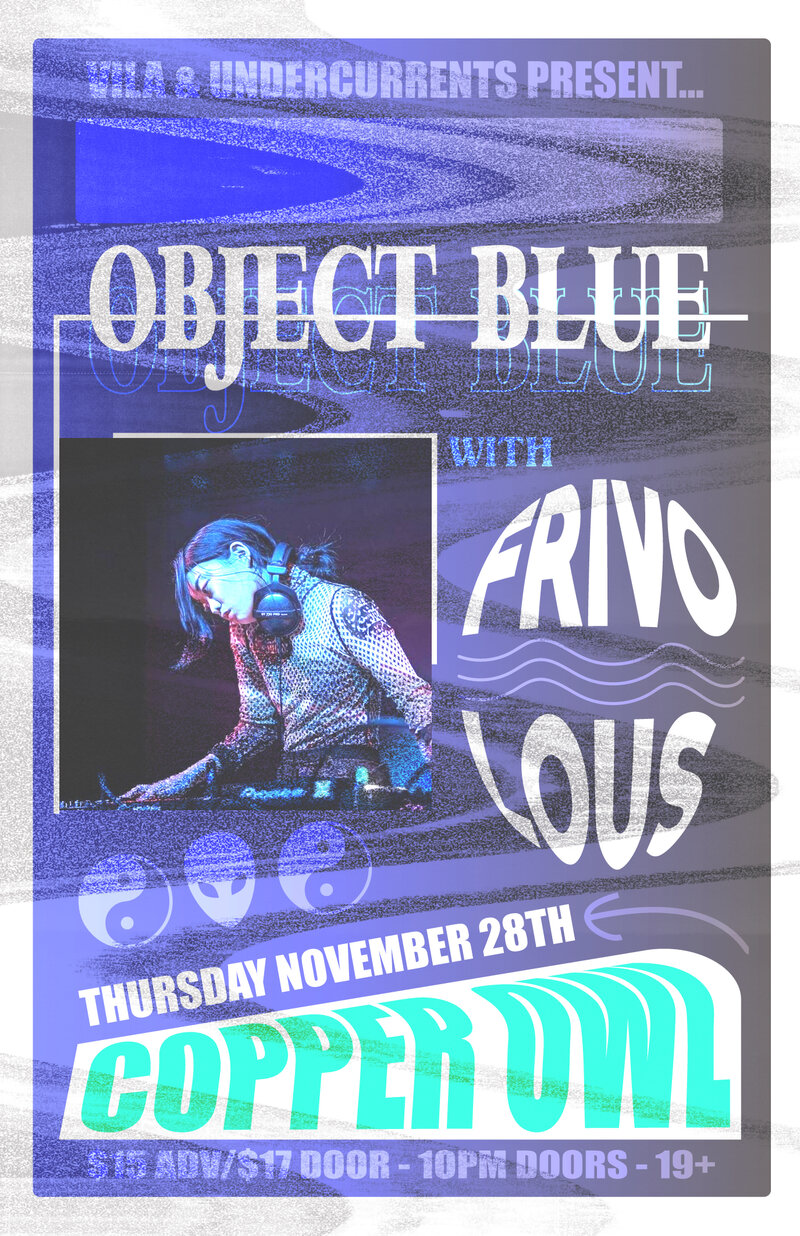