THE ART OF THE DUO - VOICE AND PIANO Miranda Sage & Don Thompson:

For one night only, in a rare west coast appearance, join Toronto multi-award w...

For one night only, in a rare west coast appearance, join Toronto multi-award winner and Order of Canada recipient Don Thompson and Victoria’s elegant Jazz Chanteuse, Miranda Sage for a brilliant blend of rhythm, melody, harmony, colour and texture. These two old friends have worked together for more than seventeen years and produced five critically acclaimed albums together. Exploring the intimate art of the duo, voice and piano, you will hear jazz standards, blues, latin, ballads and original music.

Miranda Sage is a jazz singer who brings a lifetime of musical experience to her thoughtful, masterfully understated vocals. Miranda was taught piano by her mother before she started school. She played clarinet, alto and soprano saxophones in multiple bands. She took up guitar and a professional career including tours of Europe, England and the U.S. in her twenties. Returning to Victoria, Sage retired from performing to raise a family. She was championed by bandleader Hugh Fraser and relaunched her career in the 1990’s, performing in ensembles ranging from duos to big bands and releasing her Fraser-produced debut CD, "Standards and Originals" (1997). Fraser and Sage collaborated again on "Moon Tiger”( 2003). She worked with veteran bassist-producer Rick Kilburn on "Timeless Places"{2006} followed by the Latin-themed “Daydream"{2009}. Don Thompson produced "Both Sides Now" {2011} and also produced and arranged the ten-piece band for {2016} "On This Day". With each recording Sage demonstrated the development of her artistry, vocal technique crafted from live performances at international festivals, concert halls and clubs. Sage sings with assurance and daring, sensitivity and depth.

Don Thompson OC. Although his international reputation is that of a bassist having appeared on some landmark recordings including “John Handy Live at the Monterey Jazz Festival”(1965) and “Jim Hall Live(1975) Don Thompson is also an accomplished pianist, vibraphonist, composer and arranger. He spent many years with George Shearing with whom he appeared playing bass and piano (in a duo setting) and vibraphone in the quintet. While with Shearing he recorded the duo CD “George Shearing at Home” which in generally believed to be Shearing’s greatest recording.Through the years he has worked and recorded with many of th greatest jazz musicians in the world such as Sonny Greenwich, Jim Hall, Paul Desmond, Frank Rosolino, Kenny Wheeler and John Abercrombie.In May this year (2019) he played piano on a concert of his own original compositions with guitarist Reg Schwager and the Penderecki String Quartet. On Sept. 24th 2019 there will be a digital release of a duo recording by Don playing bass with John Abercrombie.Don has won thee Juno awards, the Oscar Peterson Award (Montreal Jazz Festival) and the Hagood Hardy Award for Composition (Socan) as well as thirteen National Jazz Awards. In 2009 he was made an Officer of the Order of Canada. Don now resides in Toronto where he enjoys playing, writing and teaching. 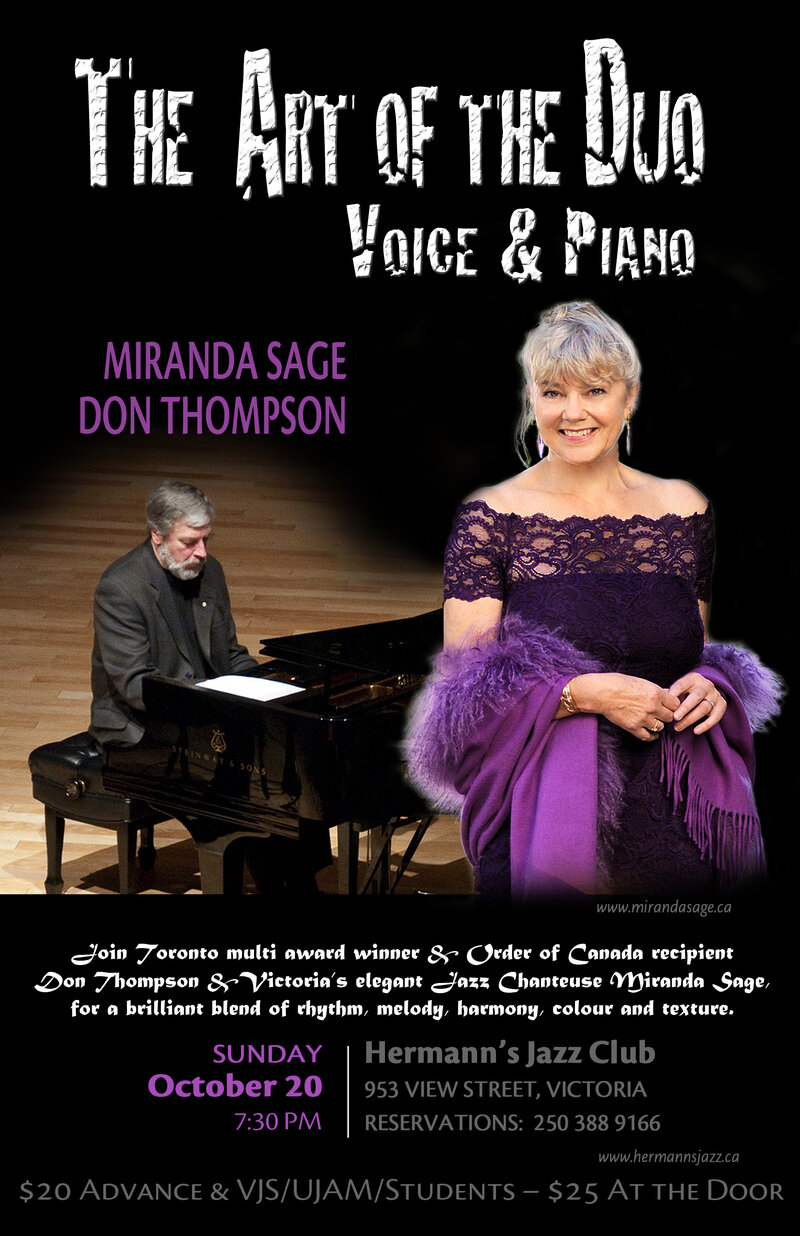