Join one of Victoria's finest drummers Don Leppard and his Jazz Quartet for a li...

Join one of Victoria's finest drummers Don Leppard and his Jazz Quartet for a lively Sunday afternoon of up tempo Jazz that you won't soon forget.

Don is a Drummer/Percussionist who has enjoyed being able to keep himself employed in the music world ever since he won First Place at a drumming competition at the Canadian International Band Festival in 1956. He was a member of the prestigious RCAF band in Toronto where he fine tuned his skills that led him to become the “Pops” drummer with the Winnipeg Symphony and set-drummer with the Manitoba Theatre Centre for 20 years. He has recorded over 50+ record albums with various artists and also taped over 600+ TV shows for CTV/CBC/ITV and the Global Networks. Don is a legendary drummer in Victoria BC who also leads his own namesake Big Band.

Heather Burns lives in Victoria and works as a free-lance musician. She holds a Masters in Piano Performance. She enjoys opportunities to teach and perform both locally and abroad. She has also done extensive work as a musician and music director in the theatre world with companies such as the Chemainus Theatre, Victoria Operatic Society, and Kaleidoscope Theatre. Recent productions include My Fair Lady, Forever Plaid, and Evita. Her performing career as a pianist has taken her through Europe, the US, and Canada, but she also loves to be at home with family and friends.

Ryan Tandy's bass playing is inspired by Ray Brown, informed by Christian McBride, and influenced by Ken Lister, but the solid time and visible enthusiasm he brings to the bandstand are all his own. Born in Auckland, NZ, and raised in Victoria, BC, Ryan played gigs on piano, bass, and drums in high school before going on to establish his career as a bassist. He's been a member of Lust Life Jazz Band since 2009 and appears on their CD "On Remembrance"(2011). In 2012, Ryan joined Nick La Riviere, Art Booker, and Damian Graham in forming New Orleans-inspired funk group The Hi-Fi, who recorded their second EP, "Coffee and Candy", in 2014.An in-demand sideman, Ryan appears alongside local and touring artists. Recent highlights include performances with Maureen Washington, David Vest, Tia Brazda, and Michael Kaeshammer.

Bryn Badel trumpet, cornet, flugelhorn and vocalist is a versatile musician in many different genres. He has performed in a variety of settings as a classical, jazz and Latin music performer. He founded Lust Life Jazz Band in 1994 as an artistic jazz ensemble. He began his career as a symphonic musician and has shared the stage with many world class musicians. He performs regularly at St Andrews Cathedral, First Metropolitan United Church and for countless years with the The Island Big Band, and Kumbia.

He has performed as a soloist with; The Canadian Military, The Big Band Trio, Vancouver Island Symphony, Sooke Philharmonic Orchestra, Victoria Chamber Orchestra, and The Victoria Symphony. He has been featured on filmscores, commercials and on many recordings, including albums with Maureen Washington, The Axiomatics, Kumbia, Mindil Beach, Gone Clear, and the Vancouver Island Symphony. He teaches brass fundamentals at Long & McQuade, and can be seen performing often in Victoria With Lust Life Jazz Band and other ensembles. 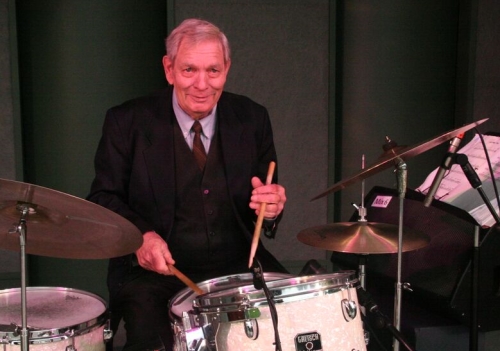