Come party with The Nick La Riviere Band as they celebrate the release of a new ...

Come party with The Nick La Riviere Band as they celebrate the release of a new album, Alive and Loud! It’s fun, funky, and has a huge sound that captures the energy of the music. Physical albums will be available for the first time at these shows, and the album will also available for streaming starting October 18th.

See live video of the band at www.nicklariviere.com/nextshow

The Nick La Riviere Band takes its influence from modern New Orleans music… not the older dixie music some people think of when they hear ‘New Orleans’, but the fun, horn heavy music people are partying to there now. The music is all about having a good time, keeping the energy high the whole show, and moving your feet. Nick’s originals are like if Trombone Shorty met Ben Folds – wild horn solos, piano based grooves and melodic vocals. The band also plays their own take on tunes by great artists like Professor Longhair and Sly and the Family Stone. Featuring 3 vocals, trumpet, sax, trombone, guitar, piano/synth, bass, drums – and sometimes conch shells or sousaphone, the 7 piece band delivers a big powerful sound.

Singer-songwriter Nick La Riviere is an accomplished trombonist who has toured internationally with bands such as the Juno award winning Paperboys, Michael Kaeshammer, 54-40, and Adonis Puentes. He’s been a special guest with such bands as Steven Page (Barenaked Ladies), The Temptations, and Nikki Yanofsky. As a freelancer, he’s one of Victoria’s busiest musicians. 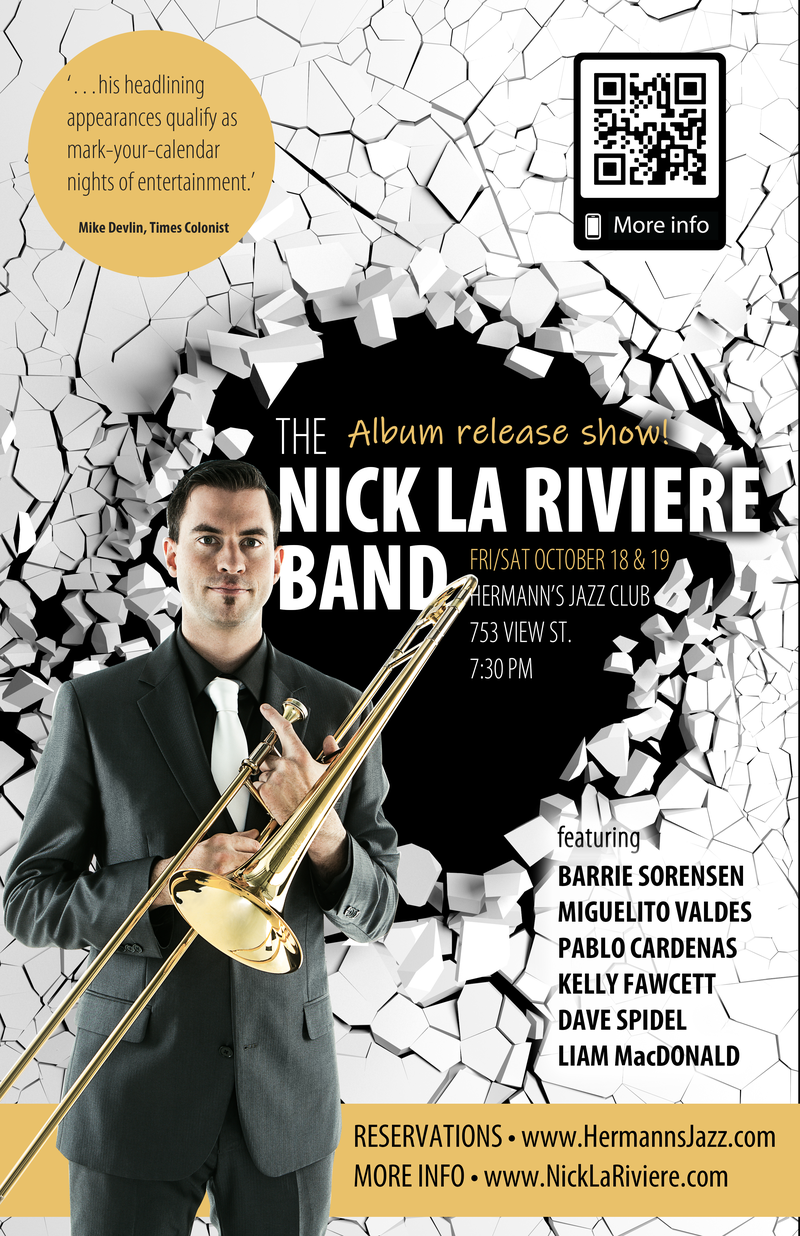