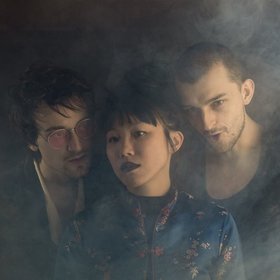 Music: Funk / R&B, Pop / Rock / Indie
LENOIRE is a Montreal indie rythm'n blues trio formed in 2016 in New Orleans, while its members roamed the streets. Ensuing the Mardi Gras celebration, they composed and recorded their first EP under the sky of Louisiana.

Since then, the band has been performing for over two years on the Montreal scene and has previously released another EP and a first album "Satisfaction".

On stage, LENOIRE is distinguished by its fun, high energy chemistry, its sinuous vocal harmonies and its bold performances.