This touring project was created by two Scandinavian bands, who are playing and ...

This touring project was created by two Scandinavian bands, who are playing and singing traditional as well as newly composed music and songs from Denmark, Sweden, and Norway. The project features the Pan-Scandinavian violin trio Fru Skagerrak and the Danish violin and guitar duo Kristian Bugge & Morten Alfred Høirup, and their very individual ways of presenting the music of their homelands. But the two acts also join forces as a part of their show of old Scandinavian joking songs and beautiful love songs, combined with some great traditional dance music and catchy new tunes – all arranged for strings, flutes, and voices.

ABOUT the trio Fru Skagerrak:

The music of Fru Skagerrak takes you on a journey through Scandinavia; from lowlands to mountains, from slow airs to lively polkas, in major and in minor, and everything in between. Fru Skagerrak- ”Lady Skagerrak”– are three master musicians – one from each Scandinavian country: Maja Kjær Jacobsen from Denmark, Elise Wessel Hildrum from Norway and Anna Lindblad from Sweden.

The trio met in 2014, and their debut album ‘Fru Skagerrak’ from 2016, got very good reviews, including a position as ‘Top 10 album of 2016’ in the Canadian magazine Penguin Eggs, who also wrote about the trio: “A nice balance between group cohesion, individual expression, and spontaneous interplay. The consistently imaginative arrangements keep things interesting and exciting for both players and listeners alike”

In 2018 Fru Skagerrak released a second album called ‘Ankerdram’. The trio has toured all over Scandinavia, and in Great Britain, Germany, Austria, Belgium and Canada, and are now preparing for future tours in The US, Scotland, and Australia.

Violinist Kristian Bugge and guitarist and singer Morten Alfred Høirup are two of the most traveled folk musicians in Denmark. They have been touring and performing together in quite some constellations during the years, and their music is a blend of great traditional dance music and the beautiful old songs from Denmark, mixed with new tunes that they write themselves, inspired by the Danish music tradition.

They have both played and performed with the old Danish masters, and they are specialized in not only performing concerts but also for teaching and playing for traditional dancing. Both Kristian and Morten has received numerous Danish Music Awards (Danish ‘Grammy’), as individuals, as well as in different band constellations. They both received a Danish Music Award Traditional Folk Act of the Year with the band Gangspil in 2016.

Kristian Bugge & Morten Alfred Høirup have traveled together in Denmark, Sweden, Norway, Germany, Canada, and the US, and they kick up the dust when playing together, be it a dance, a club or a festival – Danish folk music when it is at its best. 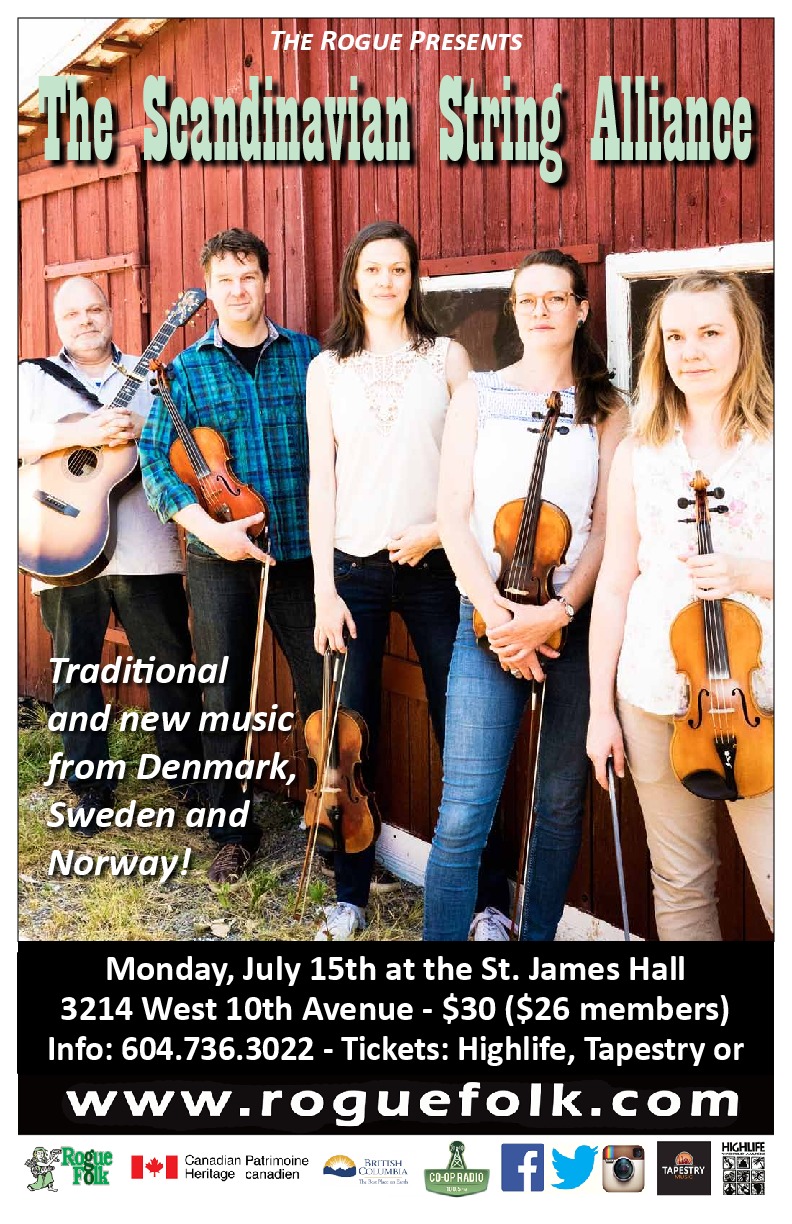