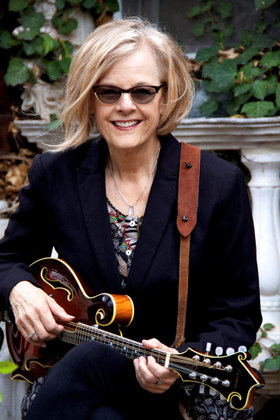 Music: Folk / Celtic / Latin / World, Pop / Rock / Indie
Canadian icon Shari Ulrich celebrates 45 years as a touring recording artist and multi-instrumentalist (violin, mandolin, piano, guitar dulcimer, & harmonica) with the Borealis Records release of her 9th solo album “Back to Shore”. It is her 25th of her career including her work with The Pied Pumkin, The Hometown Band, Bill Henderson and Roy Forbes (UHF), Barney Bentall & Tom Taylor (BTU), and The High Bar Gang, a 7 piece bluegrass band with Barney Bentall.

Originally from Northern California, Shari found her way to Canada in the early 70’s and shortly after discovered music as her “calling”. Her work has garnered 2 Juno awards, 5 Juno nominations, an induction into the BC Entertainment Hall of Fame, and a 2014 CFMA for English Songwriter of the Year.

“Back to Shore” marks her third collaboration with her daughter Julia Graff as engineer and producer, along with Julia’s partner and fellow graduate of McGill’s Master in Music in Sound Recording Program, James Perrella.

Shari tours solo as well as with a trio, quartet and full band - usually including Julia (also a multi-instrumentalist). No matter the format, or whether it’s an audience of 40 or 4000, Shari always makes her audiences feel as if they are in her living room.
​
“My love of music and performing has never waned. I feel more passionate about it than ever and remain utterly enchanted by how music effects us. I feel so grateful to be able to be a part of that experience.” ​

Originally a California girl, Shari’s career through the Pied Pumkin, Valdy & The Hometown Band, and on as a solo artist continues to inspire audiences, and set the bar for two generations of female singer/songwriters. BC Entertainment Hall of Fame Inductee and Juno award winner Ulrich is often joined by her 24 year old daughter Julia who got h... more info
Submit info on this show to our admins