🌊⚡️From the current swells of a nearby tide pool, Submersive Tribe is pro...

🌊⚡️From the current swells of a nearby tide pool, Submersive Tribe is proud to present: Tidal Surge! Come on down and enjoy a shockingly good time with us that you will not regret! 🌊⚡️

Dancers provided by Made In Alchemy
Visuals By Wax Candy

Gerardo Arellano started his interest in music at an early age, learning to read, write, and play percussion. He began producing on software after his brother introduced him to dance music and shortly after started to pick up deejaying. By 18, he was headlining his first 2,000 cap club. In 2016, he decided to take a leap of faith and leave his on-the-rise duo Thee Cool Cats to pursue a solo career. He came out of the gate swinging with a remix for HARD boss Destructo followed by the release of his hit track “Bad Bitches” on Tchami’s imprint Confession.

Gaining support from the likes of Tchami, Destructo, AC Slater, Ephwurd, MALAA, Wax Motif and many more, he's hit the scene hard, bringing a mixture of driving basslines and drums combined with melodic synths that come together to form an indistinguishable sound that’s always fresh.

Blending any and all influences, he makes music that’s free. Expect anything and everything from Gerry Gonza.

▲ ▲ ▲
Discovered through an all female DJ-battle in 2016, Sara Sukkha has quickly climbed the ranks of Vancouver’s electronic music scene. With her residency at MIA, and regular appearances at Celebrities, she has since supported the hottest names in entertainment including Rezz, Malaa, Gorgon City, Chris Lorenzo, AC Slater, Drezo, Kidnap Kid, Nora En Pure, Chris Lake, and more global artists while performing at Snowbombing Canada.

With a positive attitude, relentless dedication to perfecting her art and a hands-on approach in managing her own brand, Sara’s future is looking bright with many more milestones to conquer. Next, she is excited to incorporate her voice and folk music influences into productions of her own as she makes the leap into music production. Wherever she goes next, Sara Sukkha is proud to promise her crowds only one thing - to expect the unexpected.

Born and raised on the island, Submersive Tribe resident DJ Phi-Rex has always had a passion for music. You can always see him humming a tune or dancing to a beat in his head. Even when it doesn't look like it, this guy will have a tune stuck in his head. His ever-changing preference in genres is prevalent in his sets; all over the map. Whether it be heavy bass music or silly house tunes, he will always leave you grooving to the beat. 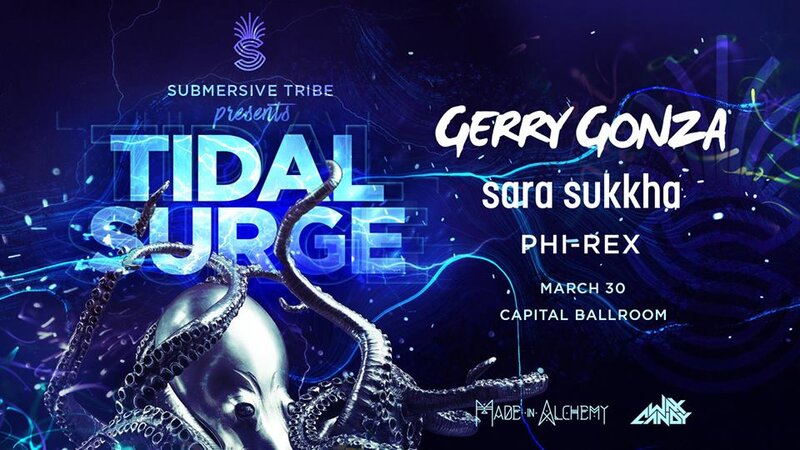