The NEXT GENERATION JAZZ COLLECTIVE is a group consisting of some of the finest young jazz musicians from Vancouver Island. Led by multi-instrumentalist JOHN LEE, this group makes its return to Hermann’s Jazz Club for a night of paying homage to some of the greatest music arranged for sextet in jazz history.

About JOHN LEE:
Raised in Nanaimo BC, John Lee is one of the most respected and acclaimed young jazz musicians nation wide. After showing great interest in music at a young age, Lee developed into a virtuoso by his late teens and by the time Lee completed his high school studies he had received a remarkable amount of recognition by prominent jazz musicians in Canada and earned an impressive collection of awards, scholarships and honors from Envision Jazz Festival, MusicFest Canada and Lionel Hampton Jazz Festival. Through the recommendation of Ingrid Jensen (Maria Schneider Orchestra) and Christian Fabian (Lionel Hampton Big Band), Lee applied to the prestigious Berklee College of Music and received a full tuition and housing scholarship. Lee completed his undergraduate studies in May 2016 and received a Bachelor of Music in Performance. In addition to his academic training in Boston, Lee was mentored by world-renowned jazz educators Dave Santoro, Terri Lyne Carrington, Ralph Peterson Jr., and John Clayton. 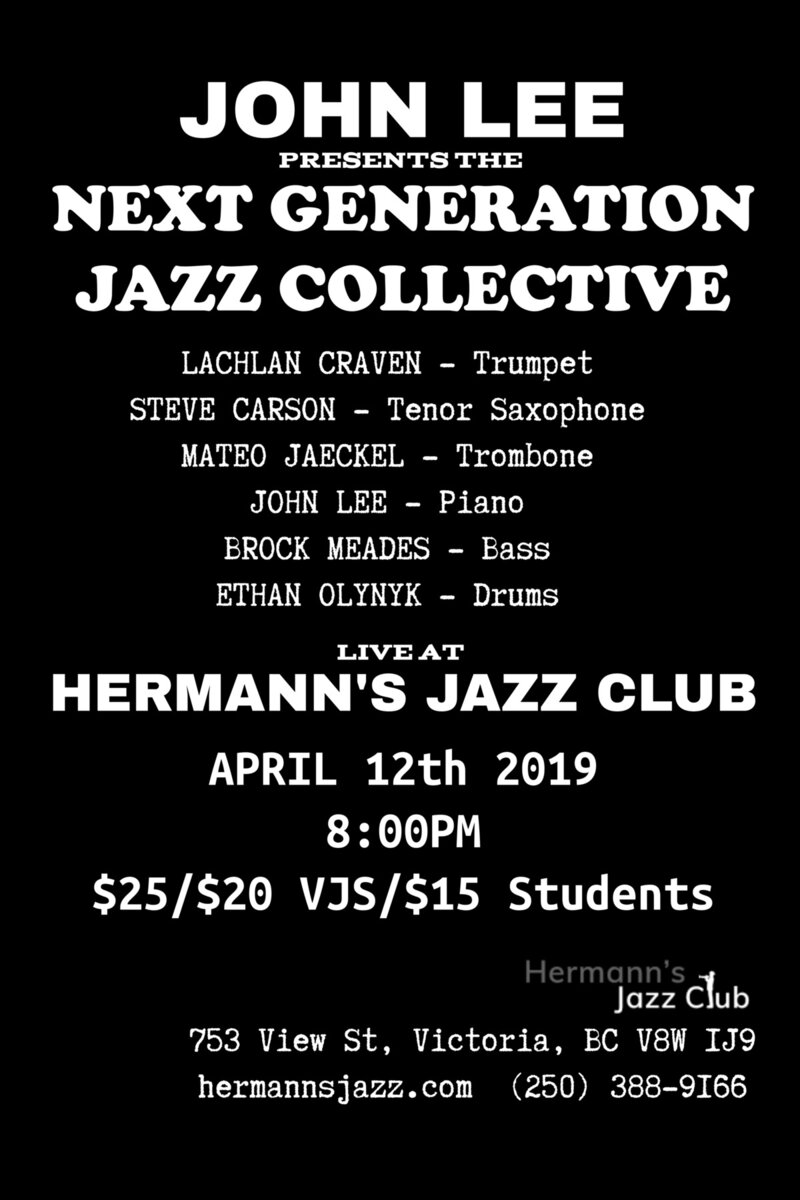