Judy Collins has inspired audiences with sublime vocals, boldly vulnerable songwriting, personal life triumphs, and a firm commitment to social activism. In the 1960s, she evoked both the idealism and steely determination of a generation united against social and environmental injustices. Five decades later, her luminescent presence shines brightly as new generations bask in the glow of her iconic 50-album body of work, and heed inspiration from her spiritual discipline to thrive in the music industry for half a century.

Throughout the 60s, 70s, 80s, 90s, and up to the present, she has remained a vital artist, enriching her catalog with critically acclaimed albums while balancing a robust touring schedule.

Prolific as ever, Judy recorded a DVD special Judy Collins: A Love Letter To Stephen Sondheim, in her hometown of Denver, CO. Along with the Greely Philharmonic Orchestra, Judy dazzled the audience with Sondheim’s beautiful songs and her lovely, radiant voice. DVD and CD companion will be released in early 2017. Judy also released a collaborative album in June 2016, Silver Skies Blue, with writing partner, Ari Hest. Silver Skies Blue has been GRAMMY nominated for BEST FOLK ALBUM in 2017.

Judy Collins, now 77, is as creatively vigorous as ever, writing, touring worldwide, and nurturing fresh talent. She is a modern day Renaissance woman who is also an accomplished painter, filmmaker, record label head, musical mentor, and an in-demand keynote speaker for mental health and suicide prevention. She continues to create music of hope and healing that lights up the world and speaks to the heart. 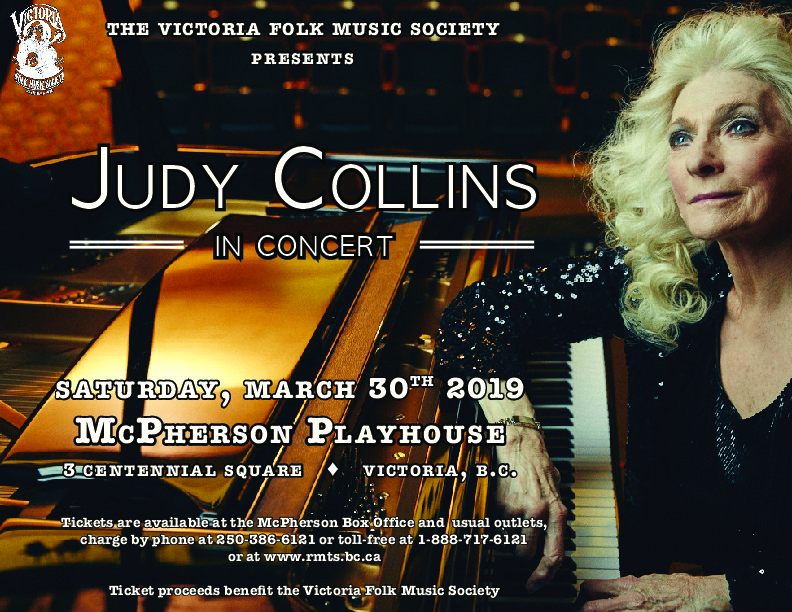