For our first show of 2019, we've got SWAYZE from the 403DNB crew in Calgary headlining. Big boss man AKELA will play an extended set to start the night.

Cody, or better known as just Swayze was born and raised in Calgary, Alberta, Canada. A 2nd generation DJ to his father Todd Swayze.
There was the constant sound of music filling the Swayze house and it wasn’t llong before he would follow in his fathers footsteps.
Prior to joining the mighty 403DNB, Swayze brought his love for Liquid Drum & Bass as far as Tokyo, Japan to perform for a monthly night run by Deep Dubstep legend Goth-Trad as well as Prague, Czech Republic opening for the infamous duo The Vanguard Project.
This is only just the beginning for the 24 year old Dj/Producer who has already opened for the likes of Sub Focus, Artificial Intelligence, LSB, Roni Size, Bryan G, Random Movement, Lenzman, SpectraSoul, and many many more.
2018 was a turning point for Swayze, Getting the opportunity to bring his music to Prague, close to the Liquid Sunrise Sessions at Shambhala Music Festival & perform with his resident crew 403DnB at this years Fozzy Fest is surely only a glimpse at what may be in store for 2019.

Matt Ess aka Akela aka Sinesthetix

Akela's sound can be described as "Fast Soul Music with Teeth". He infuses multiple genres on the warmer side of Bass Music, weaving groovy love stories with happy-go-lucky dancefloor bounciness. Be it Liquid Drum & Bass, Deep House, UK Garage, or Sexy Dubstep, Akela’s sound envelops the listener with a warm blanket of subsonic affection and intuitive funkiness. Shaping his sets to complement the environment in which they’re played, Akela draws from nearly two decades of DJ experience in dance music, and his track selections from the early days of House right the way up to the spankiest new DnB show exactly that. Akela creates upbeat moods, compelling short stories, and satisfied grins with his careful attention to minute sonic details, commanding the listener’s attention and unconscious wiggling of the pants area.
His contributions to the Victoria music scene are ever growing with his partner Tedder at the successful Future Soul series at The Copper Owl; parties and club nights with his PIC Amy Kirtay at Dub Selekta; and constant behind-the-scenes support of the emerging future music crews in Victoria. As a producer Akela has recently completed several soulful Liquid tunes, and currently runs the Hydration Mix Series which features some of BC's most respected Liquid Drum & Bass DJs. Additional recent performances include Tall Tree, Rifflandia, and Shambhala. 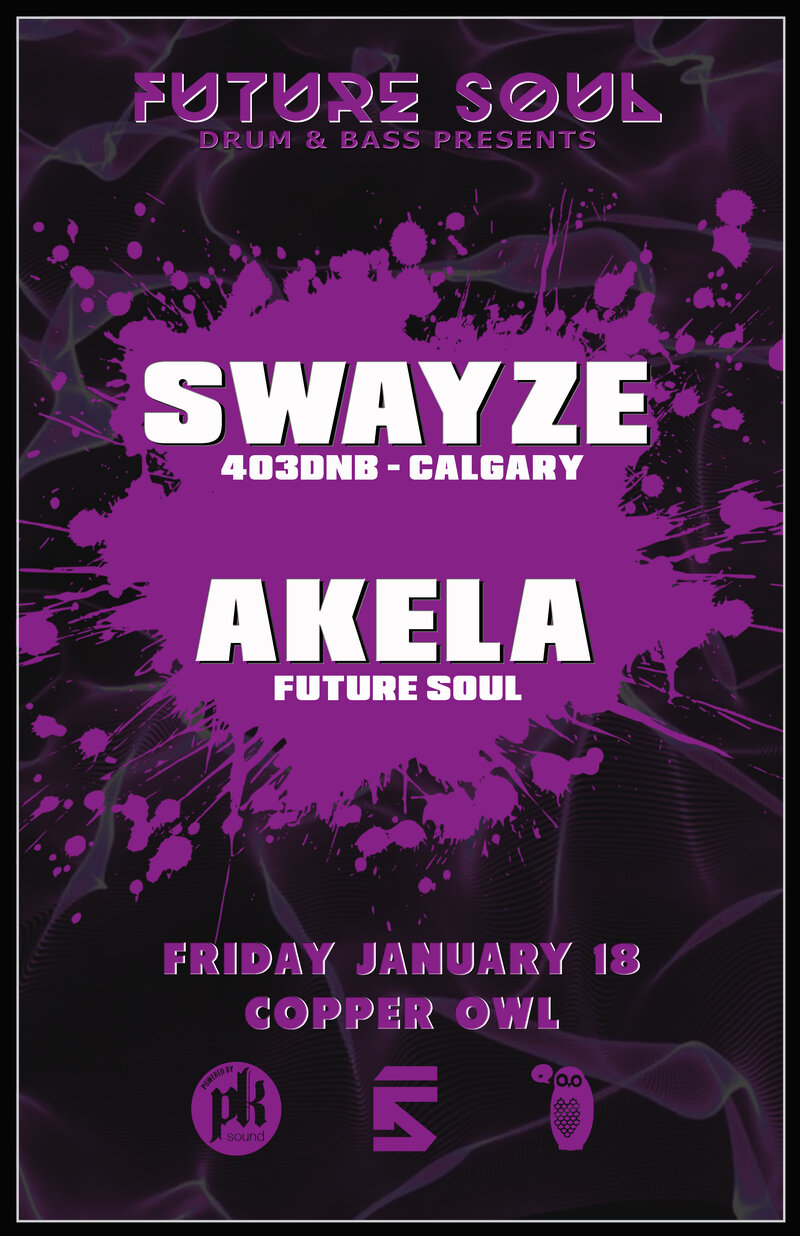