cup of joe (All Ages)

Trianno group was made in the Fall of 2018, with the intention of gathering people closer through music. The group was formed by three musicaly educated artists with over 10 years of an experience in performing; Muza and Lori, vocalists of the band, met as fellow colleagues as piano and voice teachers at Sitka Music School. Muza's brother, Bane, a guitarist who's recently moved to Canada from Serbia has decided to join the duet and therefore form a trinity - the number 3, the triad, the whole, containing the beginning, a middle and an end. Since Bane will be away, fellow guitarist and a friend Christian, who's also an experienced musician and a teacher will be taking his place at the stage. Trianno performs popular, jazz and festive music - upbeat songs that'll make you want to sing along, as well as ballads with the beautiful vocal harmonies accompanied by the soft guitar strumming.

COMEDIANS
Shane Priestley has been doing comedy for 8 years, performs regularly at Hecklers comedy club and has been featured on CBC 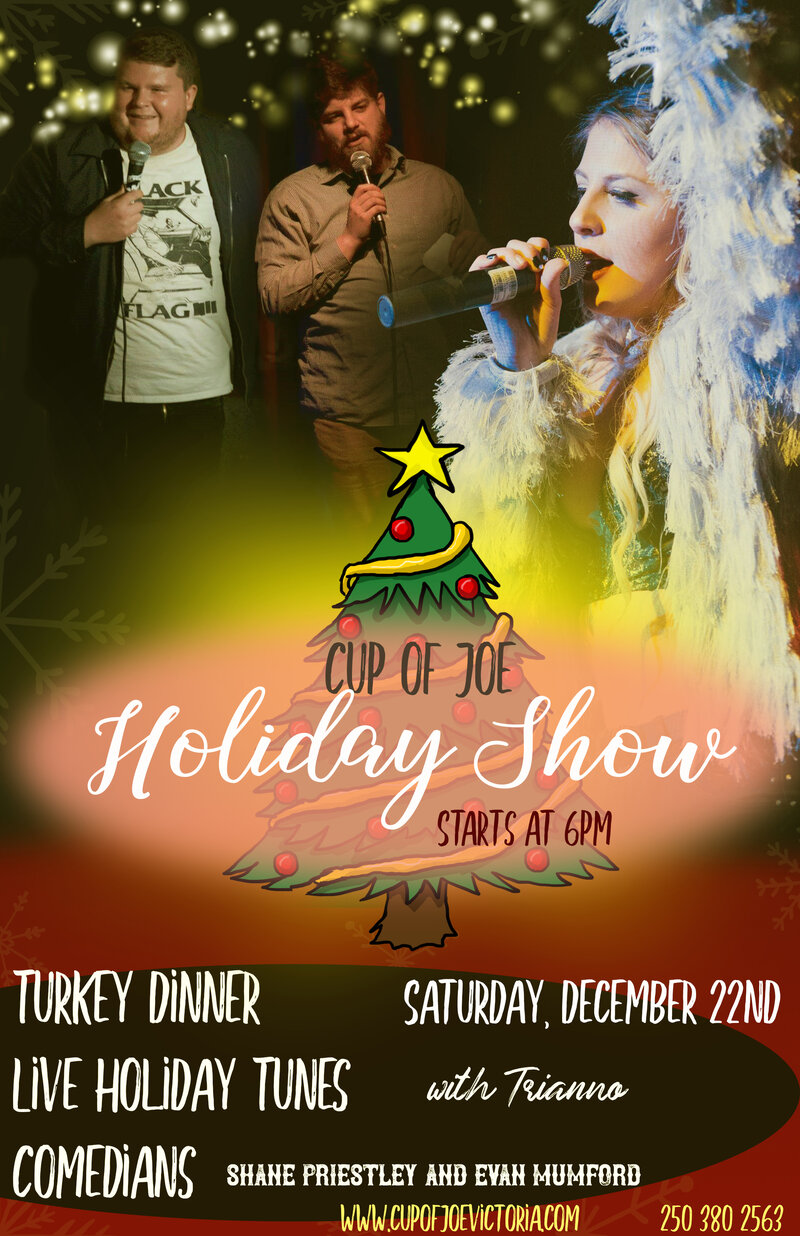