Folk from Victoria BC
Available for Shows/Gigs

Combining timeless melodies with a contemporary folk-rock twist, singer-songwriter Ben Caplan explores the immigrant experience with profound understanding and wry humor on his latest album, Old Stock. Adapted from the acclaimed music-theater piece Old Stock: A Refugee Love Story, the genre-warping album is inspired by the true story of two Jewish Romanian refugees coming to Canada in 1908. Through their travails, Caplan weaves a captivating concept album that reflects on modern issues from immigration to religion to sexuality through his darkly funny and urgently heartfelt songs.

Created in collaboration with playwright Hannah Moscovitch and director/co-songwriter Christian Barry, Old Stock: A Refugee Love Story opened in Caplan’s native Halifax, Nova Scotia and enjoyed a hugely successful run at the world-renowned Edinburgh Fringe Festival before making its Off-Broadway debut with a 7-week residency at New York City’s 59E59 Theaters, where it has been named a New York Times Critic's Pick. All of this with Caplan in the starring role.

With his enormous beard, unruly mane, intimately booming voice and beguiling charm, Caplan has always had a striking stage presence, making his shift to the theatrical world a natural one. So too the subject matter of Old Stock, a natural fit for Caplan’s unique blend of Jewish and Eastern European folk melodies with rootsy folk-rock songwriting. On Caplan’s prior albums the Balkan and Klezmer influences have accented songs bearing the influence of iconic artists like Bob Dylan, Jethro Tull and Tom Waits; here the balance tilts in the opposite direction, with folk songs appropriate to an early 20th-century setting performed with a devilishly modern gleam.

Born and raised in Hamilton, Ontario, Caplan moved to Halifax for college but stayed when he discovered the city’s rich and interwoven music scene. With his band The Casual Smokers, Caplan released two acclaimed albums, In the Time of the Great Remembering (2011) and Birds with Broken Wings (2015). The sound is rooted in Caplan's resonant baritone voice, at times sounding like lamb's wool, and in another moment like steel wool, supported by a wide-ranging tapestry of piano, accordion, organ, clarinet, saxophone, violin, drums, and the occasional acoustic guitar. 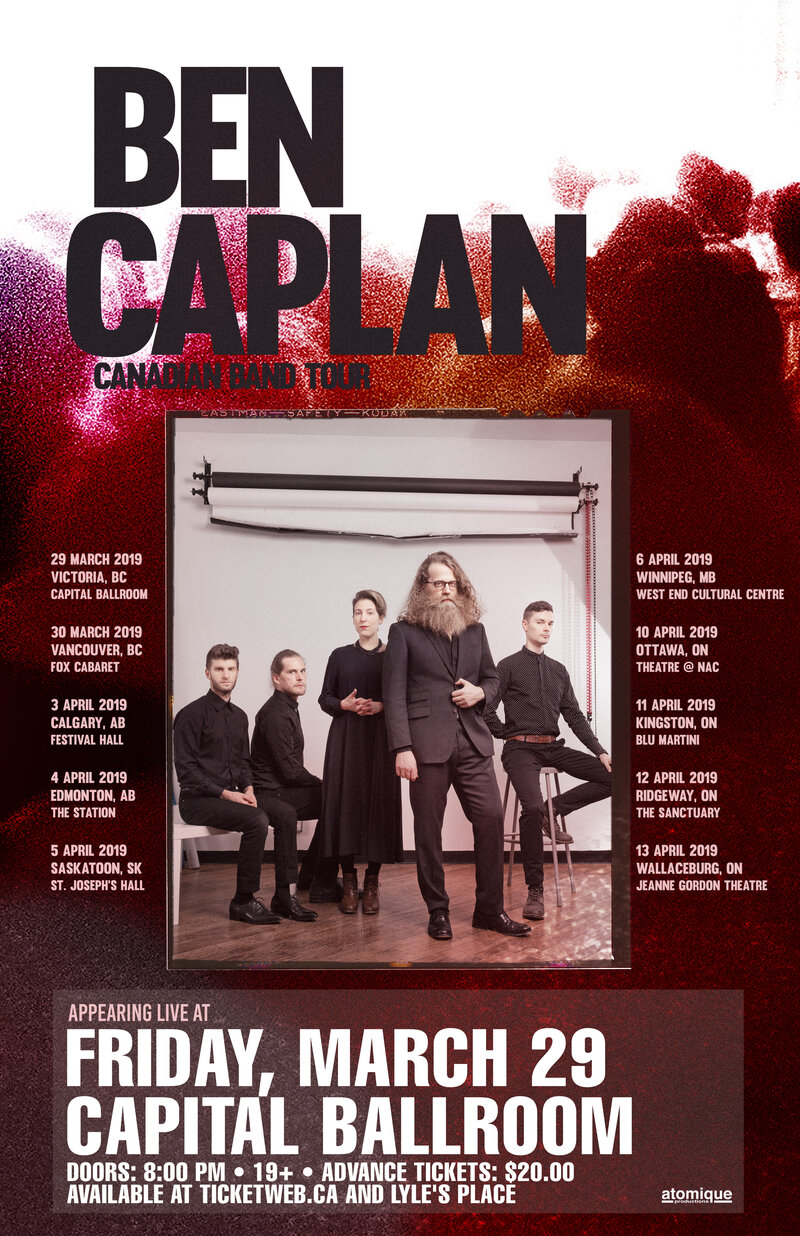