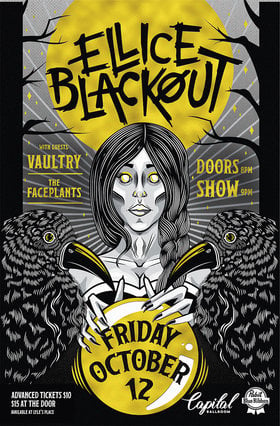 Imagine yourself at an Ellice Blackout show. Your anticipation builds as a single guitar begins to play, your chest pounds as the drums kick in, and your adrenaline surges as the full band launches into “Duct Tape.” Electrifying, monumental, and incredibly fun. This is Ellice Blackout.

Ellice Blackout merged four experienced musicians dedicated to the larger-than-life sound of high-energy, hard rock. All of which share a common desire to capture the experience of a giant stadium concert and hit you with it through headphones, the radio, or at a live show. They’re also a tight group of friends whose closeness and mutual admiration comes across in their performances.

After years of live shows, Ellice Blackout has attracted a dedicated following across Vancouver Island and Vancouver, BC. Their debut album Villains (available September 10th 2016) delivers creative groove-based riffs, tight vocal harmonies, and a versatile mix of songs that all feel like a massive live show.
​ http://www.elliceblackout.ca/ http://www.instagram.com/elliceblackout/ http://www.youtube.com/user/elliceblackout

It’s very rare that a group of musicians gets together and pursues a vision that is as focused as VAULTRY’s charismatic, emotional, and melodic sound. This Victoria, BC-based Alternative Rock band prides itself on its diverse guitar-work, atmospheric textures, and passionate vocal. Forming in 2014, Vaultry have developed a melancholic, vocal-driven indie rock sound, backed by captivating emotional hooks, and an anthemic score. In 2017, the band released their debut LP tilted ‘Eulogy’, as a dedication and celebration of their late guitarist Chasen Fraser. The group has spent the last few years gathering an expansive and dedicated fan base both locally and internationally, performing across Canada in 2017.

VAULTRY's latest release 'Eulogy' tells the story of Chasen's life, growing up transgender and being diagnosed with Cancer at the age of 25. The remainder of the album is written from the perspective of the band as a reaction to their grief. The album is a collection of songs written in the last few months of Fraser's life with vocalist, Leith Hynds, with highlights including the track 'Hospice', which was written at Fraser's hospice residence at Royal Jubilee Hospital in Victoria BC. The remainder of the tracks were written by the band upon his passing. The album draws influence from the pop-punk records that Chasen was nostalgic for in his youth, as well as the modern Post-Rock and Electronic sensibilities that vocalist/producer, Leith Hynds, is influenced by.

The Faceplants have undergone quite a transformation over the last few years. Endless touring, songwriting and recording have allowed them to grow into the supergroup that they
are today.

While The Faceplants have been a band in one form or another for over the last ten years, it wasn’t until they released their singles ‘Why’ (2015), ‘Devil in a White Dress’ (2016), and ‘Who I
Am Inside’ (2017) that they showed their true colours.

With the release of their new single ‘UNHOLY’ in May 2018, the band showcases an energy and authenticity that has been missing in today’s musical climate.

‘UNHOLY’ is a beautiful and dynamic musical journey, tastefully balancing a retro vibe, powerful groove, and modern production to create a timeless classic. The song’s lyrics paint a vivid
picture of personal struggle using religious allegory and metaphor. Once the song kicks in, you instantly feel the undeniable passion coming out of the speakers.

The Faceplants forthcoming album ‘Animalistic’ is the culmination of three years of development and growth. Working alongside producer/engineer Ben Kaplan (Mother Mother, Biffy Clyro), the band has carved out a strong and focused body of work. The album is a concept record about perseverance, discovering one’s identity, and overcoming insecurities through a personal journey. It is a soundtrack for those carving their own path. The Faceplants’ goal is to give a voice to every single person out there that is on their own journey of self-discovery and struggling to find their way.

Earlier this year, the band created an incredible opportunity for themselves by writing and recording a theme song to their favourite talk show, Sirius XM’s Jim & Sam Show. After Tweeting the song to the show one morning, the shows hosts Jim Norton and Sam Roberts opened a dialogue with The Faceplants, which eventually led to their song ‘Hey, Everybody!’ becoming the official theme song for the #2 talk show on Sirius XM satellite radio. Additionally,
the band appeared live on the Jim & Sam Show in January 2018 during their annual trip to the Grammys. This cool, viral, quirky idea turned into an incredible opportunity, introducing the band to a whole new audience.

Having cut their teeth on the road from an early age, The Faceplants are true showmen. From filling the most popular venues in their hometown of Vancouver (The Rio, The Roxy, VENUE, & Tom
Lee Music Hall), to touring the country half a dozen times in the last few years, their music leaves a lasting impression on whoever it reaches. Through this relentless work ethic, the band has
been able to cultivate an organic following of dedicated followers.
Reaching out and interacting with these followers via social media is a massive priority to the band. Fans get an intimate look into the band's life during their video blog series on Facebook
entitled The Journey. They document it all: going to the Grammy’s, crashing the Juno’s, working in the studio, or going behind the scenes on the set of a music video. The Journey is the fans view inside The Faceplants world, showcasing their process and personalities. In addition to The Journey, the band is constantly bringing fans into their day-to-day process on Snapchat and
Instagram. A community is starting to build. A community of like-minded, passionate individuals, connecting through all social platforms.

With their in-your-face attitude, powerful and unforgettable songs, and sheer tenacity, The Faceplants are here to make a name for themselves.

Imagine yourself at an Ellice Blackout show. Your anticipation builds as a single guitar begins to play, your chest pounds as the drums kick in, and your adrenaline surges as the full band launches into “Duct Tape.” Electrifying, monumental, and incredibly fun. This is Ellice Blackout. Three years ago, Ellice Blackout merged five experienced... more info
Videos: 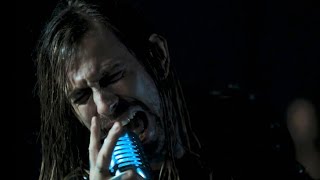 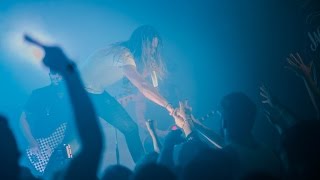 Ellice Blackout - Give Up The Ghost (Official Video) 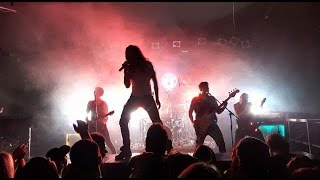 other sites: | bigcartel
It’s very rare that a group of musicians gets together and pursues a vision that is as focused as VAULTRY’s charismatic, emotional, and melodic sound. This Victoria, BC based Alternative Rock band prides itself on its diverse guitar-work, atmospheric textures, and passionate vocal. Forming in 2014, Vaultry have developed a melancholic, vocal-dr... more info
Videos: 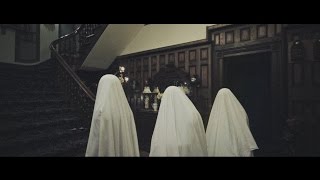