With indie rock fuzz-bombs and shout-along choruses, The Dirty Nil has an explos...

With indie rock fuzz-bombs and shout-along choruses, The Dirty Nil has an explosive sound harnessed through countless hours spent kicking up a racket in the suburban basements of Dundas, ON. The band’s raucous anthems pack a wallop on the debut album Higher Power — Pitchfork praised the LP’s “massive hooks,” and Brooklyn Vegan wrote that “The Dirty Nil sound destined to cut through all the noise.”

The Hamilton-based band formed in 2006, as a duo featuring teenage high school pals Luke Bentham (guitar/vocals) and Kyle Fisher (drums). Quickly, the guys developed a sound that mixed the catchy muscle of ‘70s rock with the furious energy of punk. Kyle explains, “We all grew up liking classic rock music and playing classic rock songs and punk songs all the time.” After a few years of basement jam sessions, they added friend and fan David Nardi on bass. The band has since introduced long-time friend Ross Miller (bass/vocals) to the fold, taking over from Nardi.

The Dirty Nil released a string of singles and EPs, and their fan base spread from their hometown across the continent. They earned an admirer in NOFX’s Fat Mike, who asked the band to cut a single for his celebrated punk label Fat Wreck Chords (2014’s “Cinnamon” b/w “Guided by Vices”). They’ve hung out with underground hero Ian McKaye at the iconic Dischord House in Virginia, opened for FLAG, and took part in Warped Tour.

In early 2016, The Dirty Nil released the much-anticipated debut album Higher Power through Dine Alone Records. With 11 songs full of shrieking feedback, in-the- red distortion and titanic choruses, it’s a coming-of-age party for three friends who have remained true to their rock roots without allowing themselves to be confined by genre. Since its release, the band’s momentum has only increased with global tours alongside Alexisonfire, Billy Talent and Monster Truck and recognition from the likes of Kerrang! in the UK, who nominated the band for ‘Best International Newcomer’, Visions Magazine in Germany who named Higher Power their #2 album of 2106, and at home in Canada where the band recently won a JUNO Award for ‘Breakthrough Group of the Year.’

Not content sitting still, The Dirty Nil have announced the forthcoming release of Minimum R&B. Comprised of eleven tracks from the band’s back catalogue, the album will include one unreleased track, a combination of 7”s, and the EP ‘Smite’ all in one place. Dine Alone and Fat Wreck Chords have joined forces to bring us this compilation which will be available digitally and in physical formats on April 28, 2017. The band already has tours confirmed in UK, Europe and Canada before the summer of 2017, and there’s more touring in the works. For The Dirty Nil, there truly is no end in sight. 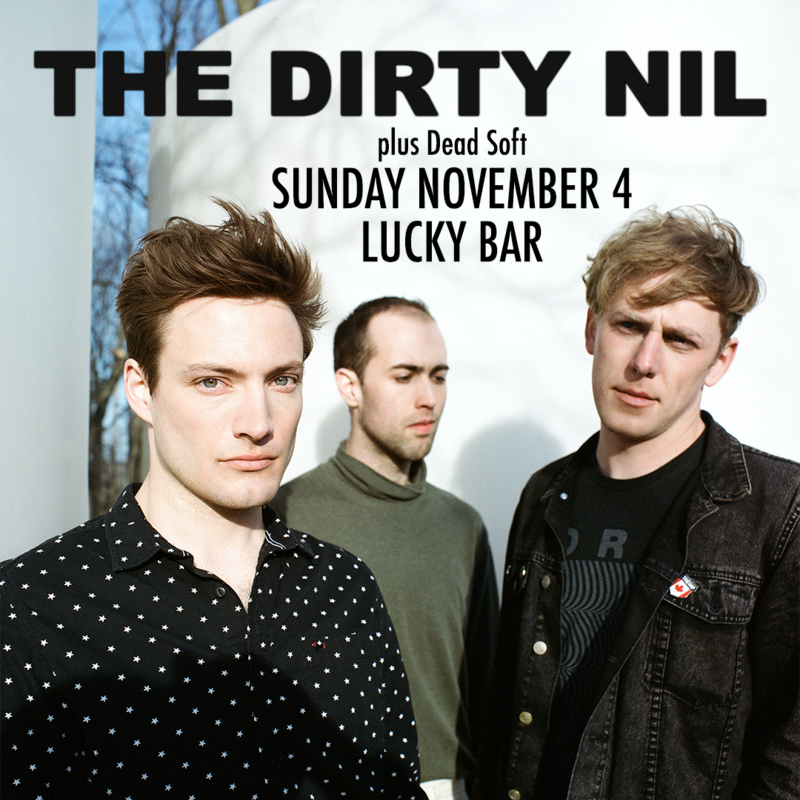