Terry Robb and the Blue Hearts

Terry Robb and the Blue Hearts:

Terry Robb with the Blue Hearts TERRY ROBB “One of the best players, on ac...

Terry Robb with the Blue Hearts

TERRY ROBB
“One of the best players, on acoustic and electric, embracing a range of blues styles and then some.” – Vintage Guitar Magazine
“Exquisite musicality…unquestionably, Robb ranks right up there with the heavy hitters, a player of dazzling skill and technique.” – Living Blues Magazine
Praised by Rolling Stone, Down Beat, Acoustic Guitar, Guitar Player, Blues Blast, Blues Matters, Guitar World, Blues Revue, Oprah's O Magazine and countless more esteemed journals, Terry Robb is among the top acoustic blues guitarists of our time. His signature fingerpicking style has earned him international acclaim from music critics, peers and fans. Incorporating elements from the Mississippi Delta, ragtime, country, swing and jazz, Robb is a dynamic live performer. “Finger gawkers flood to his shows,” said Frank Matheis of Living Blues Magazine. “It’s the rare guitarist who can whip off a killer 12-bar blues solo, then turn around fingerpick Travis-style with speed and subtlety,” said Ian Zack of Acoustic Guitar Magazine.
With more than 15 releases under his name, Robb’s blues chart-topping discography features collaborations with steel-string guitar icon John Fahey, Eddy Clearwater, Maria Muldaur, Ike Willis, and Curtis Salgado. His latest release Cool On The Bloom garnered a nomination as 2017 Best Acoustic Album by Blues Blast Music Awards. Robb has toured nationally with Buddy Guy and Steve Miller, shared the stage with B.B. King, Albert Lee, Joe Cocker, Bo Diddley, David Crosby, George Thorogood, Leo Kottke, Johnny Winter and numerous more all-stars, and appeared as a guest of “Late Night with Conan O’Brien,” the NBA Trail Blazers and the Oregon Symphony. An acclaimed record producer and session guitarist, his work is featured in Hollywood films, documentaries and biographies, such as “The Horse Whisperer,” “Don’t Worry, He Won’t Get Far On Foot,” and Dance of Death: The Life of John Fahey, American Guitarist. He produced Alice Stuart’s album Can’t Find No Heaven, nominated for Grammy and Blues Music Awards. A member of the Oregon Music Hall of Fame and Cascade Blues Association Hall of Fame, Robb was honored the eponymous “Terry Robb” Acoustic Guitar Muddy Award after winning the prize for 19 consecutive years, and in 2017 he received the Lifetime Achievement Muddy Award.
Terry Robb was born in Vancouver, British Columbia, raised in the United States and resides in Portland, Oregon.

Mark "Westcoast" Comerford: Guitar & Percussion, Vocals, and Big Hank Lionhart: Lead Vocals. Mark and Hank are both members of Uncle Wiggly's Hot Shoes Blues Band who have performed for the past few Christmas Seasons at Blue Frog with their Tribute to the Blues songs of Christmas Show. Although the Blue Hearts is a new act for them, they bring a ton of experience in the Blues with them. Both have been playing and recording the Blues for over 40 years with each other and in other Blues bands. They have open shows for Muddy Waters, Joe Cocker and more recently for Burton Cummings. This exciting new duo format allows them to get back to the real roots of the Blues with just Guitar and Vocals, writing and performing their own songs. In 2016, they were selected to represent British Columbia in the Solo/Duo category at the annual International Blues Challenge in Memphis, Tenn where they made it to the semi finals. This was followed by the release of their debut album Pumpin Out The Blues and performances across BC and Alberta, such as the Salmon Arm Roots & Blues Festival, Island Folk Festival, and 39 Days of July. 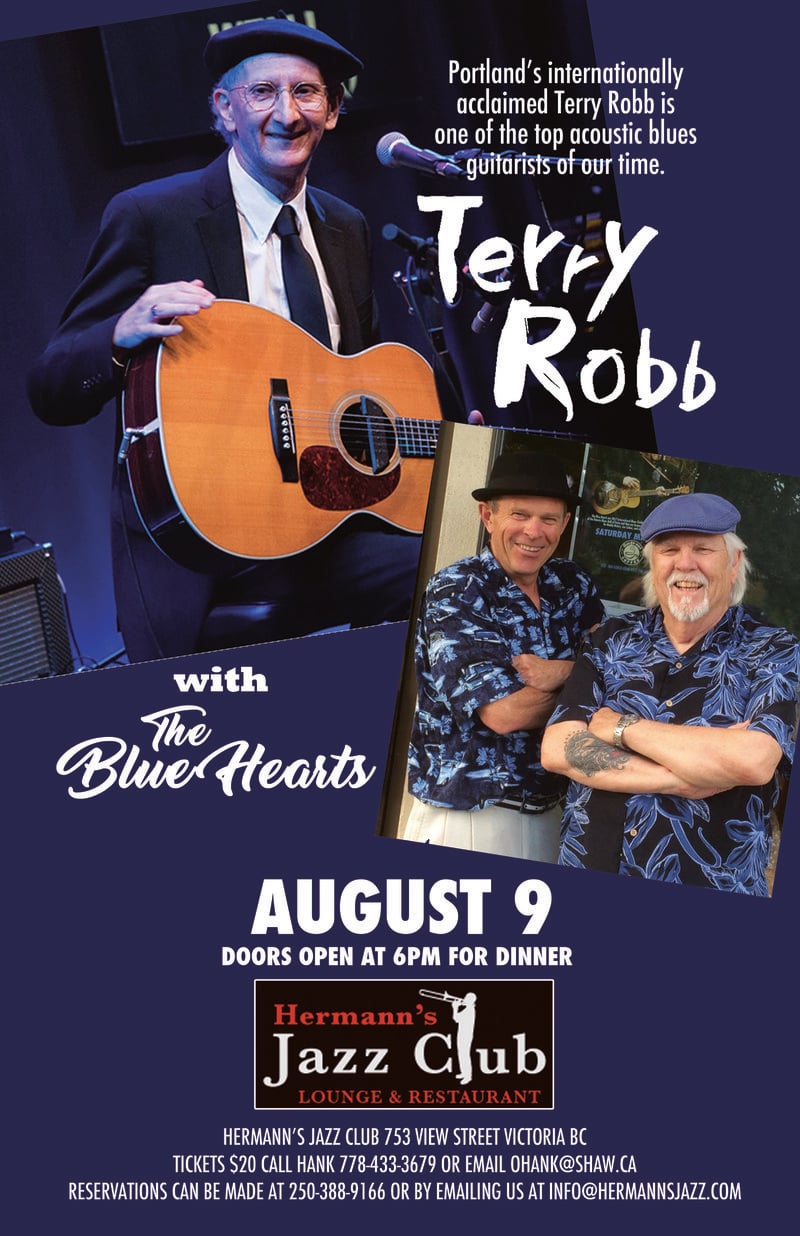