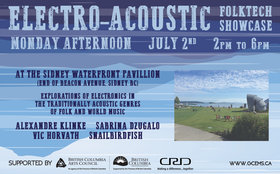 THE ELECTRO-ACOUSTIC FOLK-TECH SHOWCASE:
Explorations of Electronics in Folk and World Music

Field recordings of Brazilian music are the basis for new compositions that investigate the transmuting aspects of technology on culture. Sampled, processed and deconstructed, this music material is combined with live instruments that are also recorded and digitally manipulated, exposing the process of sampling in a live situation.

The songs presented in the show explore themes of identity, memory and transformation. By blending live and pre-recorded material, organic and artificial sounds, and continuously reshaping their form and texture, these pieces represent an ever-changing musical landscape far removed from the folk traditions.

Alexandre Klinke is a Brazilian music composer, producer and sound designer based in Vancouver, Canada. Folk Samples debuted with a three-night run at the SFU Goldcorp Centre for the Arts in Vancouver in May 2018.

With background as a jazz and classical guitarist, his work as a composer reflects an eclectic style that ranges from orchestral to electronic, jazz and rock. As a solo artist, he is heavily inspired by the harmonies and intricate rhythms from Brazilian music.

Alexandre is also an Instructor at the Digital Music Production Program at Langara College, in Vancouver.

Sabrina Dzugalo was raised in Victoria, where she was one of the first women electronic music artists and held down Victoria's longest ambient music DJ residency while also DJing on CFUV. She left Victoria for production school at the Harris Institute in Toronto and has since returned to the West Coast, now residing in Burnaby.

She has released music on Woodwork Recordings and is involved with a variety of projects in the Vancouver area. Her live performance at the 2018 Wonderment installation in Sidney debuted her artistry as an ambient music performer. This year she returns to the Sidney Pavillion to perform for the Electro-Acoustic series, featuring live and manipulated Ukelele in her set.

Vic Horvath has been on the ascendancy with the release and subsequent charting of their album "West Coast Reign and evocative performances regionally and nationally.

Snailbirdfish is the organic side project of William Shulba, who also performs noise and experimental electronic as Telurk. Snailbirdfish landed one of the more memorable performances of GCEMS programming last summer - using guitar, theremin, xylaphone MIDI controller, and moog modular.

Performing together for the first time, Vic Horvath and Snailbirdfish will open the summer Electro-Acoustic series with an enchanting combination of the familiar and the strange.

Electro-Acoustic is a series of summer events and small festival at the beginning of March which explores the use of electronics in the traditionally acoustic genres of jazz, folk and world music.

Our summer events take place on the Mondays of the July and August long weekends at the Sidney Waterfront Pavillion at the eastern end of Beacon Avenue in Sidney BC. Please be mindful of the CRD prohibition on smoking in public parks (this includes vaping and cannabis). This event is an all-ages event and participants are welcome to enjoy the music over a picnic lunch, but please pack-it-in, pack-it-out!

This event is supported by grant funding from the BC Arts Council and the Capital Regional District.

Alexandre Klinke is a composer and media artist from Sao Paulo, Brazil, based in Vancouver, BC. With a background as a musician, as well as a videographer and video editor, his works encompass different fields such as media and installation art, music for film, sound design and performance. The division and sense of foreignness associated with the ... more info

Vic horvath is a walk under the glowing embers in the wood stove sky. A mouth that mutters magic and breathes sinful strings and cackling feathers. This performer is found in dim lit bars crowded with whisky and slurred romances. more info
Audio: The Chicken Song
Articles: Vic Horvath (1991 – 2018), Celebrating the Music of Vic Horvath
Videos: 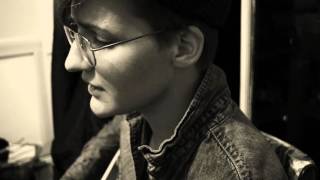 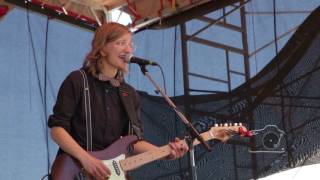 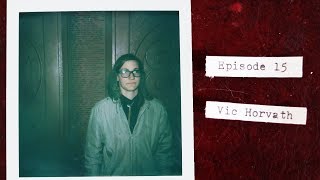 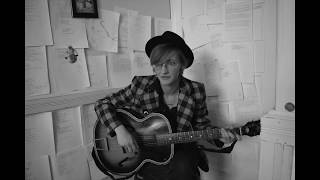 Vic Horvath - Sew It In Spells 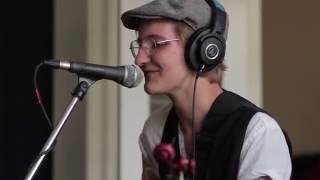