Kick off July in style with a vibey lineup perfect for those quintessential summ...

Kick off July in style with a vibey lineup perfect for those quintessential summer nights—you know the ones.

Hailing from Victoria, Fallbrigade was created and founded by brother and sister duo Caleb Scott and Esther Jungclaus in the fall of 2012. Raised in Canada, South America and Scotland, the siblings’ sound echoes their adventurous and eclectic upbringing. In 2013 the talented two made top 20 in Music BC’s “Peak Performance Project.” They went on to release their first EP, “Greater North” in the fall of 2013, and followed that up with their self-titled debut album FALLBRIGADE in 2017.
Feeling incomplete the band began to change and grow, Fallbrigade was soon joined by multi-instrumentalist Matthew Jungclaus. Their music took on a new twist of raw sound with deep lyrical weight and soaring heartfelt vocals. Building on their earlier successes, the band has recently had many film placements and have been playing in festivals throughout Canada, including “Rifflandia” in the Royal Athletic Park.
In 2018 the band made it into the Top 10 of Canada's nationwide “CBC Searchlight” competition.

Within the crashing waves of the West coast, and the breeze that tosses through the pines is where Maverick Cinema finds their bliss. It is a fine line between the whispering summer wind, and the roaring winter rain that voice the aspects of their sound. The band has toured tirelessly in 2017, and 2018 in preparation of their debut full-length LP "First Light" set for a July 2018 release.

Drawing influences from blues, folk, metal, and jazz, Shepard has established a name for themselves in Victoria with a unique modern rock sound. Their performances are unforgettable experiences, embodied by compelling lyrics, groovy bass lines, wicked drums, and guitar solos that will make you shed a tear. With blues driven progressions and euphoric vocals, the sound of Shepard will leave you breathless. Their upbeat debut single 'Passion' was recorded with Malcom Owen-Flood (Band of Rascals), and they are currently working on their first studio EP. 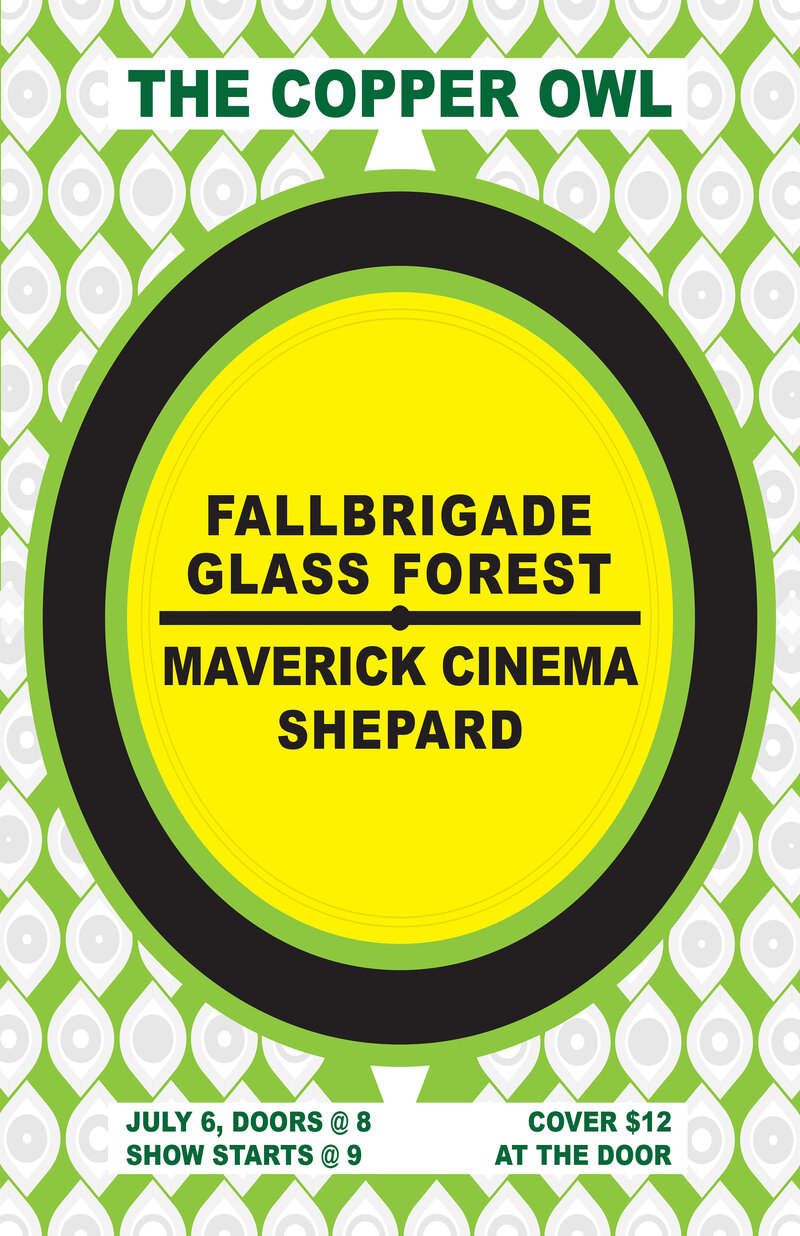