Future Soul's own Evan Hinshelwood aka LASU will have his headlining debut just ...

Future Soul's own Evan Hinshelwood aka LASU will have his headlining debut just before leaving on a tour of Europe, which includes playing at 'Hospitality on the Beach' in Croatia! His latest Hydration mix shows the maturity of his selections and his ever better production skills. We're proud of this young man and look forward to his set.
RICH NINES, originally from Toronto, but now resides on Salt Spring Island and is a resident DJ at VEC for the Art Battles, will fill the middle slot.
DEERFACE, who now lives over in Vancouver, will open the night with her eclectic sound.
As always there is going to be great music & vibes, from start to finish!

Just a boy with a laptop chasing his dreams...

An anagram of his name, encompassing all permutations of his personal musical vocabulary. Rich Nines was born in 2010 when Eric Shinn moved from Toronto to B.C. and adopted a “genre-as-instrument” approach to open-format DJing, a break from his previous 15 years of switching aliases associated with specific bpm (Hypercolour for jungle/dnb, Invisibling for dubstep, etc…). This incarnation also coincides with “going digital”, allowing for a fuller spectrum of selections than when lugging around crates of vinyl. Rich Nines mixes with the body of a dancer and mind of a musicologist, fearlessly transitioning on mood rather than tempo, or delighting in the discipline of sticking to a strict curatorial vision. Equally at home having a half-hour of autonomic dnb erupt after an hour of minimal techno, or tunneling through hours of only steppy amen rollers from ‘97-‘98. He still keeps a few crates of classics handy for special occasions, highlights being at throwback jams like Lighta!’s Bloodsound and Automatic’s Origins events. Frequently found at farm festivities on and around Salt Spring Island, as a regular guest in Toronto with 40Hz / Architextures, and monthly at Red Room (Vancouver) and VEC (Victoria) as resident DJ for the past 3 years at the Art Battle live painting parties. Fave Labels: Ninja Tune, Warp, Metalheadz, Moving Shadow, Suburban Base, Hyperdub, Planet Mu, Cosmic Bridge, Strictly Rhythm, and Motown.

Deerface got her start in Victoria in 2010 on a pair of turntables. She lets her mixing speak for itself, with smooth layering of tracks and attention to atmosphere. While Deerface is inspired by many genres, producers, and DJs, this gentle doe prefers the dark and sexy side of minimal, elegant, and rolling bass-driven drum and bass and works to create sets that build and flow. Happy to be playing for any crowd, her sets will invite you in to a playful and mischievous landscape and get your energy moving. 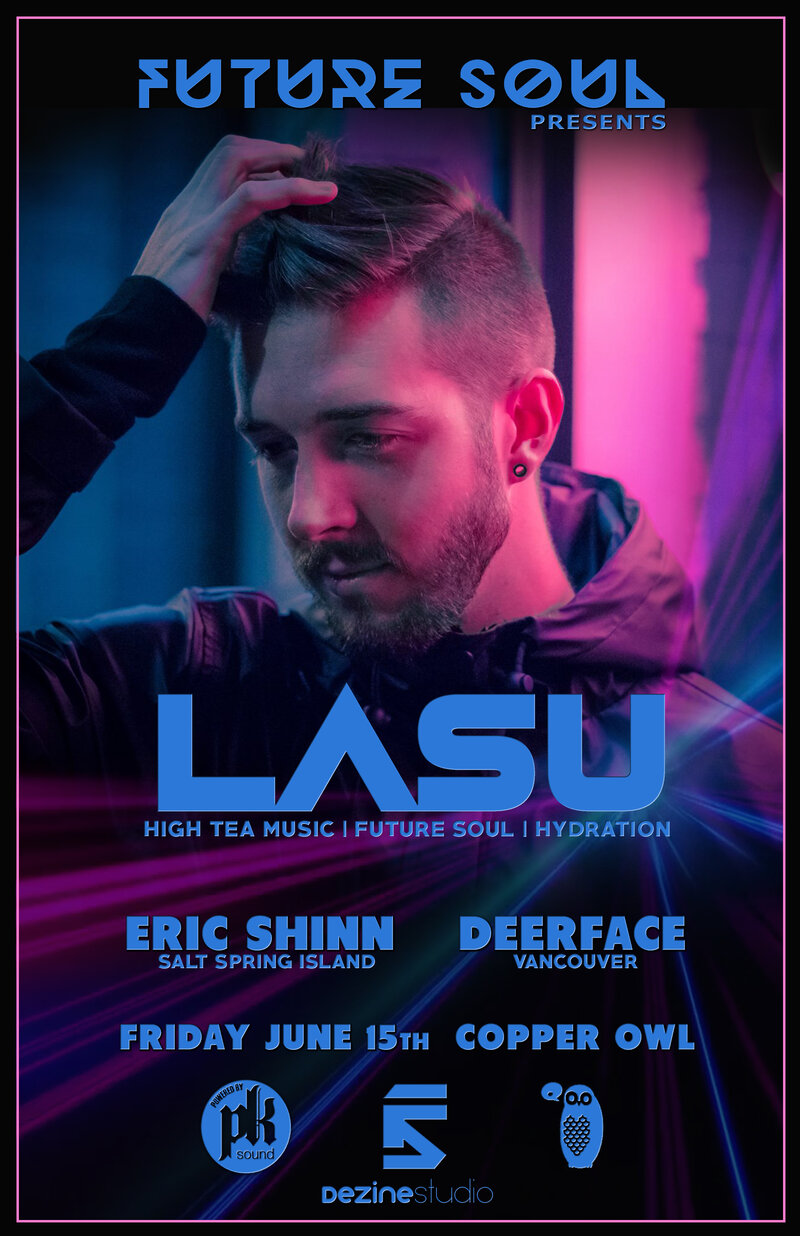