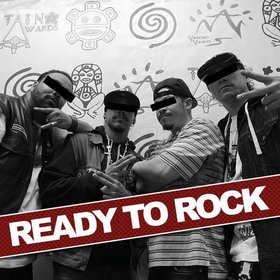 Learn about the roots of Hip-hop with Que Rock and the Ready to Rock Crew as they discuss life in The Bronx in the 1970s, the art forms that were created through shaping what was available, and the roles and responsibilities of hip-hop artists as they provide a face of the culture to the world. They’ll teach you about the pioneers, the connections between the four main elements, and the healing effects that allowed people with nothing to create one of the most diverse and rich cultures on the face of the planet. In addition to the main elements, Que Rock will discuss his Indigenous American roots, and how many of the practices of his culture integrated with hip-hop.

Following the presentation from the Crew, learn about the intricacies of DJing with a presentation from London-based DJ Jimi Needles, which will be followed by an open-panel discussion featuring Chali 2na, founder of Ozomatli and Jurassic 5, and other key innovators of Canada's west coast hip hop culture, including Erica Dee, Degree One, and Ostwelve.

Charlie Stewart, aka Chali 2na is an American rapper and hip hop artist, formerly associated with the groups Jurassic 5 and Ozomatli. When he was young, he moved to South Central Los Angeles, which was the home base of Jurassic 5 since 1993. He and Cut Chemist became friends in high school and together with Mark 7even, they were part of a seven-ma... more info
Videos:

Ostwelve, born Ronnie Dean Harris, is a Stō:lo/St'át'imc rapper and multimedia artist rocking from Vancouver, BC. Through an endless array of disciplines – rapper, radio host, community activist, actor, podcaster, graphic designer – Ostwelve has staked his claim as force of positivity and strength, a powerful representative of Indigenous cult... more info

Raw, timeless and dynamic, Erica Dee offers playful melodies over energetic rhythms with a magnetic presence. Having Funk and Soul ingrained in her roots, Dee brings a captivating performance honoring the world’s best old and new hip-hop. This Vancouver based vocalist, DJ, writer and producer has been carving out her own path in the music industr... more info

Wordemupskiyo! Degree One has been an integral part of the cultivation of the Vancouver Island hip hop scene for over 25 years. After an early stint in breakdance crews in 1983/84, Degree's real foray into the scene was as an MC for Victoria’s first recognized Hip Hop Group ‘Sound Advice’ in 1989. He then branched out into other areas of the... more info

The original turntable trickster and funk maestro, the award-winning Jimi Needles is the London party-starter DJ of choice. Jimi's musical origins are routed in hip hop, soul, funk and disco but brings to the turntables a fusion of pin-point scratching, breaks & bass music. His cut-n-paste antics leave virtually no genre untouched creating the ulti... more info
Submit info on this show to our admins