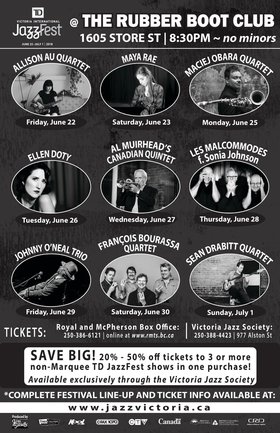 Pianist and vocalist Johnny O’Neal left New York more than two decades ago on the cusp of becoming well-known in jazz circles. He made a name for himself in the early 80s, drawing jazz comparisons to Oscar Peterson and Art Tatum (who he played in ‘Ray’, the acclaimed biopic about Ray Charles.) After being mugged outside his apartment in 1986, he left New York and spent the next 20 years in relative obscurity. Critics and peers acknowledge O’Neal as the leading exponent of be-bop. Now he’s back in town, and has a New York following again. At 61 years old, he has performed with a galaxy of stars that includes Milt Jackson, Sonny Stitt, and Art Blakey. Luke Sellick bass, Charles Goold drums