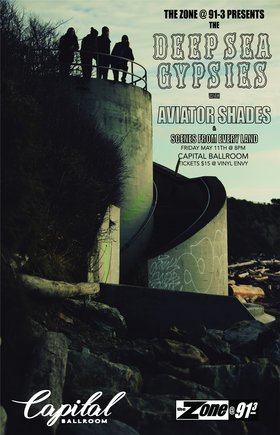 TICKETS at Vinyl Envy or Online at
https://deepseagypsiescapitalballroom.bpt.me/

Deep Sea Gypsies:
Spotify:
https://open.spotify.com/artist/7j6QtPNqQJC6PQAVu0xTMl
Bio:
Born in a modern era with vintage dreams, the Deep Sea Gypsies offer a sound that is all their own. Playing an original, innovative combination of 60’s psych blues rock and 70’s southern rock mixed with elements of funk and soul. With influences the likes of Jimi Hendrix, Led Zeppelin, Rory Gallagher, Muddy Waters, and Lynyrd Skynyrd, some might say they have souls much older than their age would suggest.

Coming together in Victoria, British Columbia’s, Westshore area in 2010, DSG has firm roots on Vancouver Island. They released a number of DIY demo tracks before heading into Victoria’s Baker Studio to record their debut EP “Peatt Rd” in 2013. The Band's second EP gained a lot of momentum with its first single “Rock & Roll Queen” awarding them a bid as the Zone @ 91.3’s Band of the Month for March 2015. The third track from Cedar Hill X Rd entitled, “Woke Up With The Blues” features guitar work from fellow westshore blues rocker Jesse Roper. On Christmas Day 2017 DSG released their first LP titled "Rough Waters." Recorded with Loke Webb for Vintage Owl Recordings. With additional recording and engineering by Malcom Owen-Flood for Wood Shop Recording Studios. Rough Waters is available on most online streaming services.

Over the past 7 years, DSG has enjoyed multiple festival appearances and brought their energetic stage performance to all parts of western Canada..

Having made great local connections and a solid impact on their community, the Deep Sea Gypsies are taking steps to advance their dreams and turn their musical talents into a career.

Aviator Shades:
Spotify:
https://open.spotify.com/artist/4yog0atcId993Ppt2ddZfj
Bio:
Meet Aviator Shades - a Classic Rock quartet from Vancouver whose catchy songs, strong work ethic, and tight-as-balls live show has taken them to the top of their local scene and headed towards national breakthrough. Since 2015 Aviator Shades has pulled off numerous national and regional tours, all the while winning over new audiences and supporting the likes of HALESTORM, APRIL WINE, MONSTER TRUCK, JUDAS PRIEST, WHITESNAKE, DANKO JONES, ECONOLINE CRUSH, THE ODDS, THE LAZYS , and many more. Their 2014 release “ Ready To Blow ” was produced by Danny Craig (One Bad Son, Default) and showcases a modern take on no nonsense classic hard rock in the spirit of Thin Lizzy, Deep Purple and UFO. Ready to Blow spawned the band’s first single, “Who Do You Think You Are” which was released to radio in 2015 and garnered adds across multiple Canadian provinces, eventually charting at #42 on Canadian Active Rock.

The lifeblood of the band is Irish born singer/songwriter Dave Gorman. Different incarnations of Aviator Shades had been gigging around Dublin and Vancouver, with the essential lineup finally taking shape in 2013. Guitarists Daniel James and George Baker, equally gifted lead players who complement each other’s playing magically, and drummer Spencer Tomlinson, whose thunderous drumming blends perfectly with Gorman’s grooving bass lines, round out Aviator Shades. Aviator Shades recently released their "THIS IS WHAT WE DO" EP, co-produced by the legendary Mike Fraser (AC/DC, Aerosmith) and Danny Craig and mixed by Fraser. The debut single from the release, "Burn it Down" hit #30 on the CAR charts and showed just how far the band's sound has developed. The band enters 2018 at a new level and they will be ready to take on the world.

Scenes From Every Land:
Rock and Roll at its finest.

Playing a mix of well known covers and original music, the Deep Sea Gypsies live set is one you have to see to fully experience. more info
Videos: 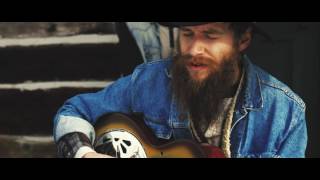 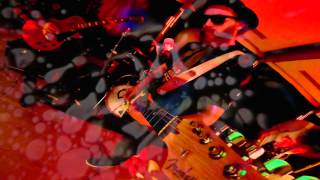 other sites: myspace
One thing can be said about Aviator Shades: they know what makes great rock and roll. It's in the infectious, sing-along choruses. The crunching, hook-filled riffs. The rock solid rhythms that never fail to shake your hips or bang your head. An intense dynamo of a live show, wherein all members exude all energy to the enjoyment of the crowd, onl... more info
Submit info on this show to our admins