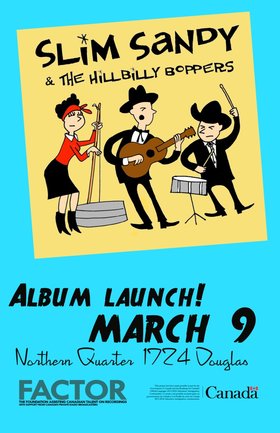 BOOGIE WOOGIE FEVER has 12 tracks - including many stage show favourites - that feature Slim Sandy on guitar, harmonica and vocals, Willa Mae on bass and vocals, and German "Sugar Pop" Ebert on drums. Slim and Willa sing hillbilly harmonies, alternating on lead vocals, and guest musicians on the album include Edgar Bridwell, of the Ray Condo band on violin, and Victoria musician, Mike Sadava, on steel guitar. The Boppers include four of their own original compositions, mixed in with their upbeat downhome versions of stompin’ boogie songs roaring like a train down the track from the 20s to the 50s! 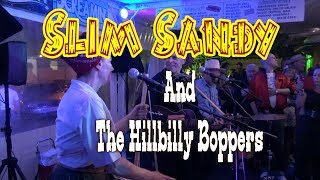