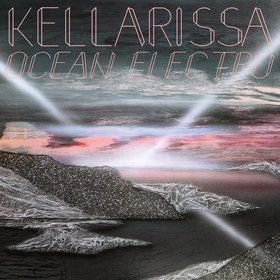 Larissa Loyva first became entangled with Mint Records in 2005 with p:ano, her project with Nicholas Krgovich. Since then, Loyva has had her hand in a boatload of projects including Fake Tears and The Choir Practice, and has served as a touring member of Destroyer and How To Dress Well. Loyva has also released two solo albums on Mint under the name Kellarissa, which is Finnish for “in the basement”. Now, Kellarissa returns with Ocean Electro, (momentarily eschewing the Finnish language) to propose a new genre which entangles femme psych electronica with driving synth pop. The album is dedicated to the planet’s mysterious forces, namely the ocean, in all its metaphorical and natural powers. Kellarissa is celebrating the release in Victoria with an incredibly talented line up of the West Coast's best experimental pop artists including: