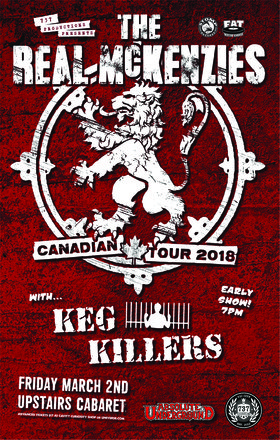 Music: Folk / Celtic / Latin / World, Punk / Metal / Hardcore
737 Productions is very proud to present the annual return of the Real McKenzies. Last year the band celebrated their 25th Anniversary in style, touring not only the USA and Canada but also putting out a phenomenal new album, Two Devils Talk. Oh yeah and somewhere in 2018 they also found time to go on not 1, not 2, but 3 European tours!!! If for some reason you are unfamiliar with the Real McKenzies, not is fine, they are very opening and accepting of new people. They play music in the vein of Dropkick Murphys, and the Mahones to name a couple. Except they put a Scottish twist on it.

Opening for these world travelling Scotsmen will be Victoria's own long running punk act, KEG Killers. In under half an hour these guys will explain to you what really goes on in Oak Bay, how to properly consume drugs and maybe even do an homage to David Lynch's brilliant film Blue Velvet. All while making nods to punk predecessors such as the Ramones, Peter and the Test Tube Babies, Teenage Head and more.

Tickets are $17 advance and go on sale at universe.com on Friday January 12th at 1pm.

Physical tickets will be on sale at CAVITY Curiosity Shop on Saturday January 13th also at 1pm.

THE REAL McKENZIES are not just a band. They are an unstoppable touring machine. A road-hardened crew of traveling minstrels, entertainers and vagabonds on a never-ending quest for good times. For the past 20 years, this ferocious gang of miscreants has been captivating audiences around the globe with their addictive, uncompromising and undeniab... more info
Audio: Smokin' Bowl, Yes
Articles: Paul McKenzie Interview Part 2
Videos: 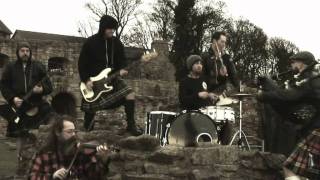 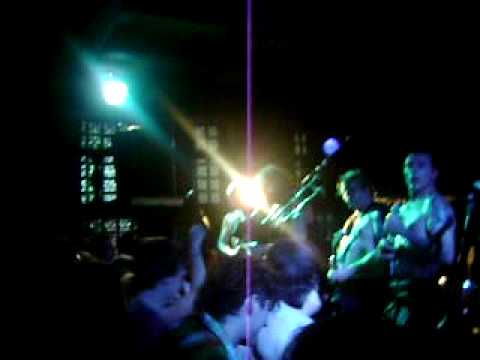