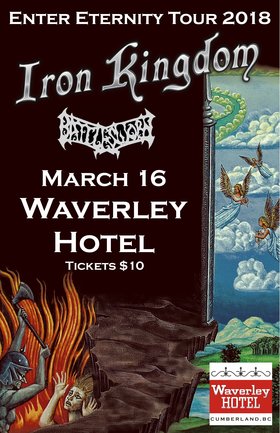 2018 marks the Celebration of 5 Years since the release of 'Gates Of Eternity' so Iron Kingdom has decided to do a select few special shows in which they perform the album in its entirety!

Inspired by legendary pillars of heavy metal such as Iron Maiden, Judas Priest, The Scorpions, and Rush, this four-piece is well known for their energetic and electrifying stage presence, as well as intricate musical melodies that bring listeners back to a time when heavy metal was in its prime. Formed in Surrey, B.C. Canada, in June of 2011, th... more info
Submit info on this show to our admins