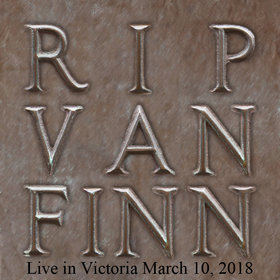 Rip Van Finn is a trio featuring a blend of fiddle, bagpipes, keyboards, percussion, alpenhorn and more.
Featured in the trio is fiddler Mike Sanyshyn, who was named the BC provincial fiddle champion four times, and he is joined by bagpiper and keyboardist Joseph McDonald. Joseph is also the principal vocalist and songwriter for the band.
Craig McGregor, noted Vancouver session player rounds out the trio on guitar.

Rip Van Finn is a Vancouver based band making original recordings, videos and producing concerts in the pacific northwest.

Rip Van Finn is a Vancouver based band featuring a blend of fiddle, bagpipes, keyboards and percussion. They make original recordings, videos and produce concerts in the Pacific Northwest. The band is comprised of fiddler Mike Sanyshyn, a four-time BC provincial fiddle champion. Mike is joined by percussionist and musicologist Curtis Andrews from... more info
Submit info on this show to our admins