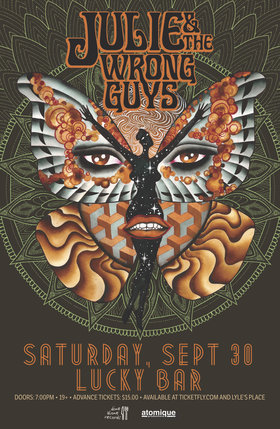 Doiron first enlisted The Wrong Guys as her backing band in 2011 during a two-year stint living in Toronto. While working at the Bloor West coffee shop, café, and venue Saving Gigi, she asked them to join her for a series of shows. Finding an immediate comfort and chemistry, the quartet hit the studio to record a two-song 7”, then set off for high profile tours throughout Ontario, Quebec, and the Maritimes.

Julie & The Wrong Guys unveiled their newest self-titled project on July 26, 2017 including a their lead single, "You Wanted What I Wanted".

No Liars is an Alternative Punk band from Victoria, B.C.  Their songs integrate a strong sense of melody with hooky, anthemic vocal parts and frame them in a technical, punk rock context.  more info
Articles: No Liars @ Intrepid Theatre
Submit info on this show to our admins