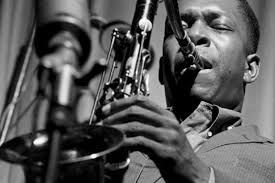 Music: Jazz / Blues
Tenor saxophonist Ryan Oliver will be joining the Victoria Jazz Orchestra for a workshop and concert at Hermann's Jazz Club. On the menu will be the music of John Coltrane's "Africa Brass" album and other saxophone feature numbers such as Joe Henderson's music for big band.

Africa/Brass is the eighth studio album by John Coltrane, released in 1961 on Impulse! Records. The sixth release for the fledgling label and Coltrane's first for Impulse!, it features Coltrane's working quartet augmented by a larger ensemble to bring the total number of participating musicians to 21. Its big band sound, with the unusual instrumentation of French horns and euphonium, presented music very different from anything that had been associated with Coltrane to date. Eric Dolphy and McCoy Tyner wrote the arrangements.