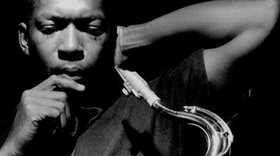 Music: Jazz / Blues
This amazing quartet is led by Juno-nominated saxophonist, Ryan Oliver who honed his craft on Canada’s west coast before moving to Amsterdam, Toronto and then New York. In Toronto, he maintained a busy schedule as one of Canada’s most in-demand saxophonists. Oliver has toured India, Australia, New Zealand, the United States, and Canada with the legendary eclectic jazz group,
Having relocated to the West Coast Ryan pays tribute to one of his greatest influences, John Coltrane, near his 91st birthday.