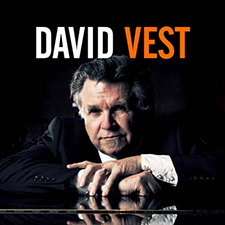 
David Vest was onstage with Big Joe Turner and opening for Roy Orbison before he was old enough to vote. Judging by his live shows and his latest recordings, he won’t be slowing down anytime soon

Remaining tickets will be sold at the door at 7pm.