experimental jazz from Victoria BC
Available for Shows/Gigs

Peter Brötzmann is a giant of European free jazz, and indeed avant-garde jazz and free improvisation in general. His legendary second album, Machine Gun, remains a ferocious and imposing work and essentially stands as a document of the formation of the European free improvisation scene. He has led and collaborated with others on numerous influential recordings, including Schwarzwaldfahrt which was recorded outside Germany’s Black Forest and found him playing sax while Han Bennink drummed on trees and other objects. He has served as a member of such blistering groups as the noise rock and heavy metal influenced Last Exit (with Sonny Sharrock, Ronald Shannon Jackson, and Bill Laswell) and the Albert Ayler indebted Die Like a Dog Quartet (with Toshinori Kondo, William Parker, and Hamid Drake). He has remained active, tirelessly recording and touring, since his 1967 debut For Adolphe Sax.

Heather Leigh wields the pedal steel guitar like no one else. With echoes of American folk traditions, avant-garde jazz, and the furthest extremes of noise experimentation present, she renders her instrument’s voice into expressive wails and lilts that belie its oft-typecast laid back country image. She has collaborated with such peerless music luminaries as Jandek, Charalambides, Richard Youngs, MV & EE, Stefan Jaworzyn, Chris Corsano, Smegma, and many more. Her latest album, I Abused Animal, is her first proper studio release and was met with universal acclaim. The Quietus wrote, “Even hundreds of listens in, I can’t quite put my finger on why ‘I Abuse Animal’ is so wondrous, but it is, and Heather Leigh has emerged from centuries of tradition and the improv world she is most closely associated with, to deliver a work of art that exists in a world all of its own.”


Insular Dwarfism is the improvising trio of Trav Short, Shane Krause and Jzero Schuurman. The group plays music which draws influence from free jazz, European free improvisation, experimental rock and electronic music.
Shane is a woodwind player who primarily performs on baritone saxophone and bass clarinet. Shane moved to Victoria several years ago from Vancouver, where he was active within that city’s indie music, jazz and improvised music scenes. Had participated as a performer in Anthony Braxton’s 2010 Vancouver Sonic Genome project. As an improviser he has shared the stage with Mats Gustafsson, Peter Evans, Tatsuya Nakatani, and Chris Dadge, among others.
Trav has been playing and performing a wide variety of music for 20 years.
Jzero has played drums for a number of projects throughout his life. Currently he fronts Psychic Pollution. 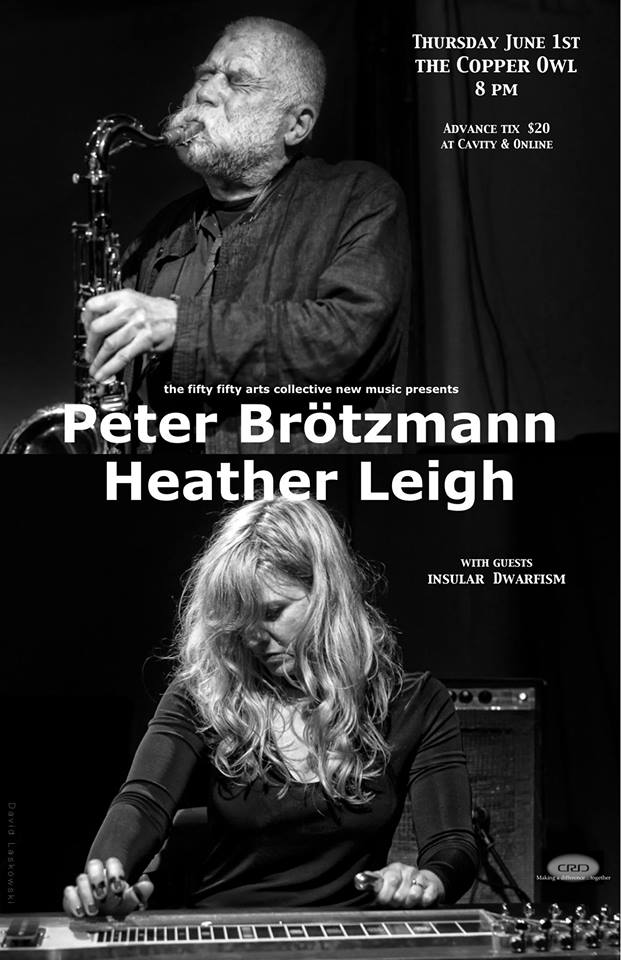