80s style hardcore from Vancouver BC
Available for Shows/Gigs

We put on shows in Lower Mainland BC. We put out albums by L...
Vancouver BC
Open / Operational

with
KNIFEDOGS
CAR 87
NO KLASSE

Friday April 14th @ Pat's Pub
403 E. Hastings // 9pm // $15
----------------------------------------------------------
The origin of Los Angeles’ influential punk band The Generators dates back to 1997, just a few miles from the skyscrapers of downtown. In the early days, the band hung out and wrote music in an old vacant pizza oven factory, churning out their first batch of songs, which echoed the sentiments of the 1977 Punk spirit. They quickly got attention from the owners of the infamous Triple X Records, who were known best for their 1980’s roster that included Social Distortion, The Vandals, GBH and Jane’s Addiction. Without haste, the indie punk label put The Generators into the recording studio where they produced their first album ironically titled Welcome To The End.

Vocalist Doug Kane and guitarist Mike Snow’s friendship goes way back to their early teens, growing up in Pasadena, CA. They both played in bands during Los Angeles’ early punk explosion and would share the same stages at punk dives around town. In 1983, Kane fronted one of America’s very first Oi! punk bands, Doug & The Slugz, while Snow played guitar for one of California’s foremost Mod revival bands The Way. Years later they were members of the Southern California Punk band Schleprock, which spent the better half of the late 1980’s and mid 1990’s supporting acts like The Specials, Rancid, NOFX, Face to Face, Sublime and Bad Religion among others. In 1995, Schleprock signed to Warner Bros Records, but by the following year the band called it quits due to drug addictions and internal fighting.

Between 1998 and 2002, The Generators went on to release another two full-length albums, one 10” EP and a 7” single, and just like wayward children, they found themselves on the doorstep of San Francisco’s street punk based label TKO Records. Over the next few years the band kept evolving, but always remained true to their early punk rock roots. As their music continued to resonate with fans, companies like Corona Beer and sports teams like the Los Angeles Lakers and the California Angels were also picking it up for commercial use. With scores of tours behind them and a full catalog of songs to fall back on, The Generators trudged their way through the next decade, releasing another four records with various labels along the way.

By 2012, the band had come full circle and was touring in support of a wide range of bands like The Damned, Megadeth, The Dead Kennedys and The Offspring. Their list of accomplishments continued to grow, and later that year one of the country’s largest news publications, US News, mentioned The Generators as “one of America’s most underrated punk bands.”

Now, almost twenty years since the days of making punk songs in the old pizza oven factory, The Generators still carry on strong. In 2016, the band released their eleventh full-length album titled Earn Your Stripes on their latest record label Randale Records. 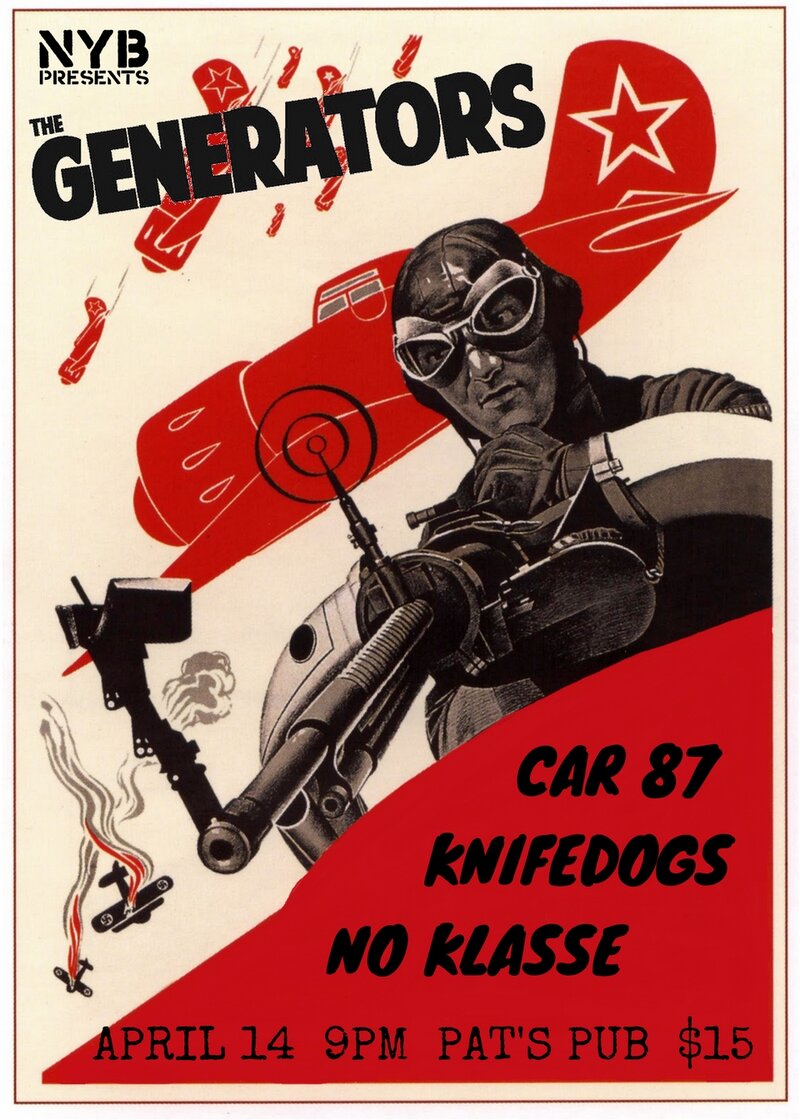