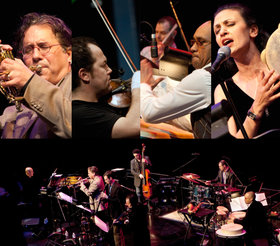 Recognized in both the world music and jazz realms, Odessa/Havana received a Juno Award in 2014 for “World Music Album of the Year” with their album Walk to the Sea and a Canadian Folk Music Award for “World Group of the Year” in 2008. The band has toured across North America, playing sold-out shows in every venue, and they’re eager to continue their expansive tour across the continent.

While the cities of Odessa and Havana are oceans apart, each of their rich cultures is rooted in rhythmic drive and strong spiritual foundations. Buchbinder and Duran’s compositions explore these commonalities while simultaneously breaking new ground, taking audiences on a thrilling musical journey of cross-cultural discovery in the process.