Film:
Grandma Gil lives in South Korea, Grandma Cao in China, and Grandma Adela in the Philippines. Seventy years ago, these three Grandmas were "comfort women" during World War II. There were almost 20,000 of these women during the war who endured sexual slavery at the hands of the Japanese Imperial Army. Now, their numbers are dwindling rapidly. However, these three Grandmas have vowed to keep telling their story for as long as they can.

On the first Wednesday of every month, they rally in front of the embassy demanding recognition. They are often met with the harsh venom of right-wingers who deny their claims and say they only want money. They speak in schools where their history is not a part of any textbook. They tour the countries they live in and speak openly whenever they can. Their courage to come forward publicly at such a fragile age in life is amazing considering how long even their own families were unaware of their shame.

And although the Japanese government still does not recognize the truth of their stories, this is not a film without redemption. Tiffany Hsiung brings great compassion to these stories on the screen. Their goal may be to make sure that something like this never happens again but it's the moments when they reach unaware individuals that are truly touching. For it is in these moments understanding and healing begins. 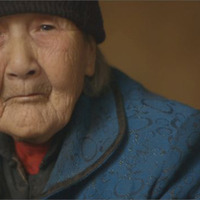 The Apology follows the story of three women who were taken into sexual slavery during the Japanese Invasion throughout Asia in WWII by the Imperial Army Posted: Feb 2, 2017
» View this article
Published by: Monday Magazine
Author: Andrea Peek
In this Article Event(s)   The Apology: Director: Tiffany Hsiung @ Parkside Feb 9 2017
Submit info on this show to our admins