▲ KANGA (USA feat. Skinny Puppy guitarist Matthew Setzer - http://www.kangangp.bandcamp.com)
Kanga wields the power of objectification. Fetish, sexuality, angst, and melancholy take shape, bringing the dark miracle of life to song. Mechanization & melody are made from fragments of Kanga's own flesh and soul to become her objects of creation. Meanwhile, Kanga herself prefers to remain obscured as an artist; not in complete opposition to being an icon but to explore the tension between the cold world of industrial music and the hyper-surreal feminism of pop. Hers is a mirror world where objectification humanizes the object.


▲ Adrian H and The Wounds (USA - http://www.adrianhandthewounds.com)
ADRIAN H AND THE WOUNDS are your post-goth storytellers. ADRIAN H emerged from Texas and soon moved to northwest of USA, namely Portland, Oregon, to realize his vision together with THE WOUNDS. The immediate reference of their dark, brooding music with lyrics of great narrative power and poetic bent draw to mind references such as NICK CAVE, GARY NUMAN, LOU REED, but they are eclectic enough to keep on with this referencing further on and it would be better and more exact just to say that they’ve blended and absorbed all and out came their own superb poignant dark-wave style. Adrian H and The Wounds have a sound that is sinfully soulful and reminiscent of a night in a darkroom full of hallucinations, secrets and song. Adrian's voice and lyrics cut like a straight edge. He evokes impassioned stories of tragic love, lost faith and twisted taboos.


▲ Oceanside85 (Victoria - http://www.oceanside85.bandcamp.com)
Oceanside85 is a singer and producer specializing in synthwave with elements of Chill Tropical, Vaporwave and Hiphop mixed with an 80s pop sound. Inspired by her childhood growing up in the 80s/90's listening to artists such as Kraftwerk, David Bowie, John Carpenter and Cyndi Lauper she brings you retro future dimensions translated through audio and crystalized in time. With her vocal album When Hearts Collide (released in June 2016) and new album Eternal Summer out Jan 1st she celebrates love summer fun and is ready to party like its 2085 . When she's not producing or time travelling to retro future dimensions you can find the island girl sipping an umbrella drink at any one of the many beaches in and around Victoria.

Adrian H and the Wounds 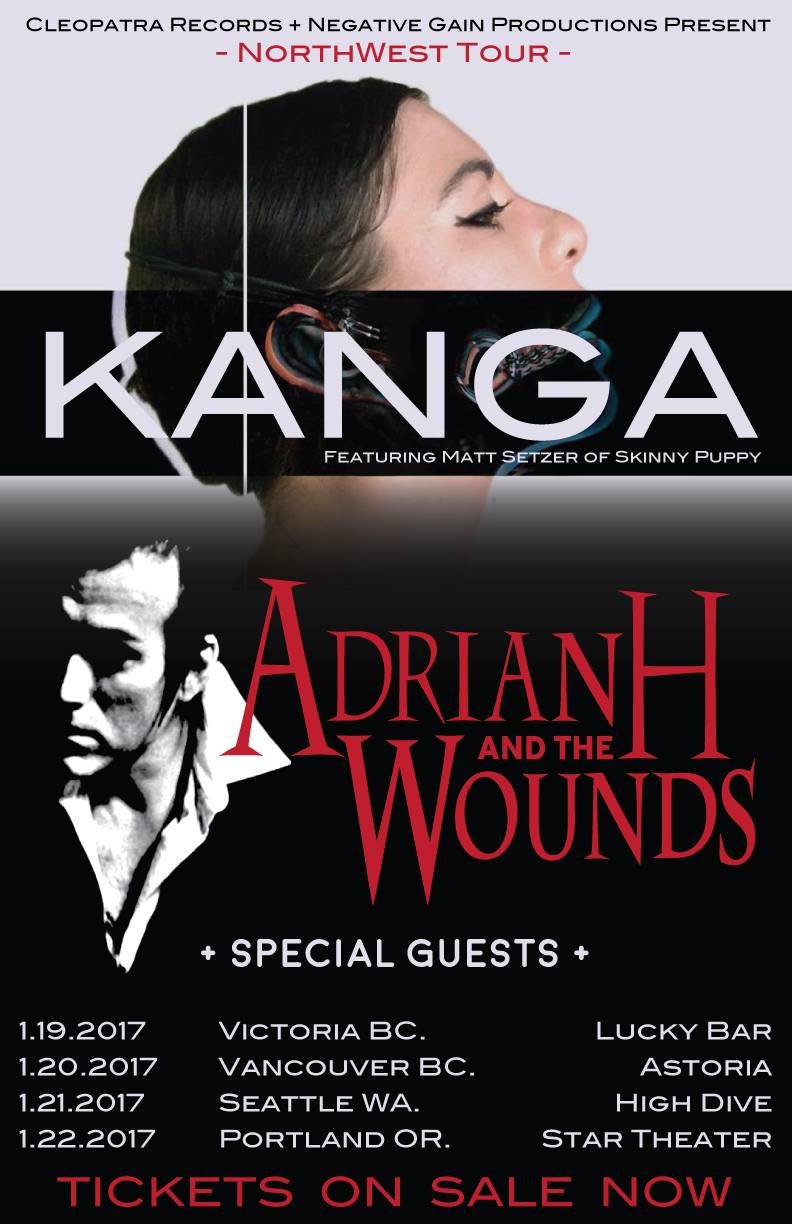