NO LIARS
Fusing elements of post-punk, emo and melodic hardcore, No Liars’ songs erupt with raw emotion, featuring dynamic vocals, blistering tempos and unrelenting grooves. They draw influence from other edgy, melodically driven bands such as Alexisonfire, Refused, At the Drive-In and A Wilhelm Scream. After forming in the winter of 2014, they spent the next year writing and recording demo material, enlisting the help of Jesse Gander of Rain City Recorders (Japandroids, White Lung, The Pack A.D.) to mix as well as Charles Carvalho of João Carvalho Mastering (Alexisonfire, Arkells, Silverstein, Protest the Hero).

Wishkicker
Wishkicker is a four-piece power-pop/garage rock band from East Vancouver. In February of this year they recorded their debut EP Por Que, Y? with producer Felix Fung at Little Red Sounds, which was released on cassette through Cherry Tapes on Record Store Day 2016. According to LEEN magazine, “Their music sounds like the heyday of teenage years, where you felt untouchable and vulnerable.”

Spaceport Union
The mysterious and eccentric Spaceport Union will whisk you away on a compelling cosmic voyage with their eclectic amalgamation of progressive art rock. Let yourself defy gravity as you are drawn into celestial planes diffused with experimental instrumentation and novel sound ideas, very much in the trail of past greats such as The Alan Parsons Project, Led Zeppelin and Pink Floyd.

The Windowlickers
The Windowlickers are three men who emerged from the same embryo after gestating in Odin’s womb for 13.5 billion years. After drinking the blood of their mother, they set off across the universe in search of sweet hooks. A power trio from Yggdrasil, they had travelled across time and space since the dawn of all that is, eventually coming across Earth in dinosaur times. They decimated the planet upon crash-landing their 10-kilometre-long spaceship and were indeed the cause of the Cretaceous–Paleogene mass extinction event. But while the dust settled, the band was busy on its first release, The Human Species, which they created in their image, through breeding with proto-mammalian creatures.

Melodic Hardcore from Victoria BC
Available for Shows/Gigs

Every September, Rifflandia Festival transforms the city of Victoria into one bi...
1527 Amelia Street Victoria BC
Open / Operational 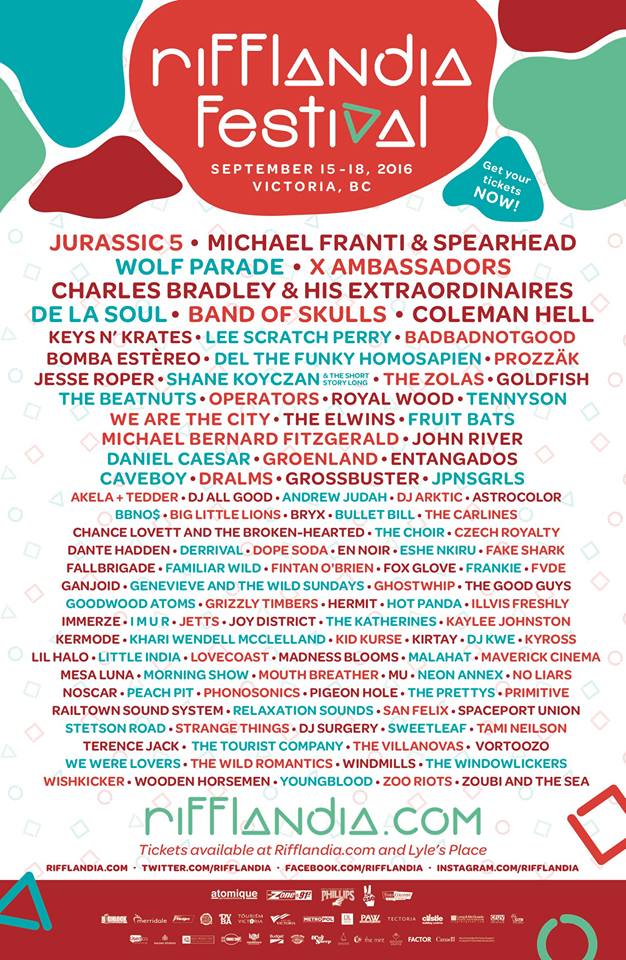