The Commodore Ballroom Vancouver BC

The Commodore Ballroom (No Minors)

Physical tickets at: All Ticketmaster Locations

For over a decade, The Cat Empire have been known far and wide as one of the world’s greatest party bands. Their colourful, genre-bending music, shipped across the world in traveler’s backpacks seems at home almost anywhere, and yet the band has always been a kind of illusive stranger.

Difficult to describe and impossible to categorise, The Cat Empire’s reputation is built upon a chaotic and fiercely uplifting live show that, last year over half a million people bought tickets to see. Much like their other annual expeditions the band’s 2015 tour covered 15 different countries including Hurricane & Southside Festival in Germany, Secret Garden Party in the UK, Rock Wertcher in Belgium, and a career highlight headline show at the prestigious Royal Albert Hall in London which sold out months in advance.

And yet every time the band is asked, ‘how would you describe your music?’ - there is no clear answer, other than it is for dancing to. That seems to be the official response.

In 2013 the Cat Empire’s fifth studio album, ‘Steal the Light’, was released to widespread acclaim. Described as “a brilliantly diverse yet cohesive album which succeeds exceedingly well when it comes to creating a great dance vibe” – AU Review and “it could be played anywhere in the world and people will connect on any cultural level” – Rip It Up, ‘Steal The Light’ solidified the energy and chaos of The Cat Empire experience into a technicolour record that entered the national ARIA
Chart at #3 – delivering the band their 4th consecutive Top #5 debut. The lead single from the album, ‘Brighter Than Gold’, also went on to become the most played song on high rating Dutch radio station 3FM in 2013.

The new record continues in a similar vein. Recorded in their home town of Melbourne with ‘Steal The Light’ producer and long-time friend Jan Skubiszewski, ‘Rising With The Sun’ explores and deepens the themes established in the previous album. “That sound is the world we want to live in,” explains frontman Felix Riebl. “It’s an explosive world, filled with fireworks, exotic flavours and deep rhythm”. “We wanted it to feel like you are watching a parade marching past” adds trumpeter Harry James Angus. And that is exactly how it feels - like a big, colourful, cacophonous parade is passing by your window, or like the running of the bulls.

The first thing you notice looking at the track listing for ‘Rising With The Sun’, is that there are a lot of animals. Bulls, Wolves, and Eagles, to name a few. But there are also familiar themes that The Cat Empire have become known for; summer, freedom, journeying, shirking responsibility, running from the dark side, and less obvious, somewhat quirky kind of love songs.

The song writing process is as spontaneous and unexpected as the live delivery for The Cat Empire, and with over 80 recorded songs under their belts, just about any experience or thought can become fodder for new material. “The song ‘Bulls’ came directly from a dream”, mentioned Felix. “I woke up at the very edge of sleep. Almost, just before I woke up, there was a guy in there showing me a rhythm. It was very distinct. That song came straight from there. I think we run the risk of sounding pretentious to say that songs come in dreams, but sometimes they really quite literally just appear that way. That's a real gift.”

The approach in the studio for ‘Rising With The Sun’ was different for almost every song. The single ’Wolves’ was recorded live in one take, with no separation, no vocal overdubbing, no room to go back and change things; which is just the way the band likes it. “’Wolves’ is one of the most unique songs we've ever released”, said Felix “It’s got a Caribbean disco edge, with an African sounding melodic hook played on a (broken) toy synthesiser, and a dance anthem chorus. It's quite chaotic, about running away from any kind of boring situation.”

Boring is the last thing anyone could accuse The Cat Empire of. This is the band who in their own words “tricked pop radio into playing jazz” and went on to sell over 2 million records. They have paved their own creative path – ‘Rising With The Sun’ is their second release as a global independent band - and in the spirit of having a good time, have spent well over a decade routing tours to include their next list of desirable cities to visit.

They have accumulated fans as voraciously as stamps in their passports; a global army of people of all ages who tell stories of driving hundreds of kilometers, giving up day jobs, flying across the world, falling in love in a crowd, and overcoming the insurmountable in order to wave their hands in the air in revelry at a show.

"Over time this band has become more and more about the people who support it, rather than being about the musicians in it", says Felix. "What I mean by that is it's the supporters, the fans for want of a better word, who propel this band forward. They're incredibly passionate, generous and responsive to what we deliver up." As an ultimate compliment to their loyal fans, for the release of ‘Rising With The Sun’ The Cat Empire wanted to literally see their faces. They invited fans to send a photo of themselves to be included in the album cover art. As a result the band managed to include over 3500 photos of their fans from around the world. Felix continues “It's really the fans who keep this show on the road, and give us reason to keep creating. We are lucky to have that.”

All the while these 6 musicians have honed their craft to become unstoppable on the global stage. Their European agent says “They are an impossible act to follow. The reason they close most festival stages is because other bands are afraid to go on after them!” However, amidst the chaos and fun, the truth of this band is that they are greatly accomplished musicians who know how to deliver a world class show. What’s most impressive is that these guys who met through the love of music before they had all turned 18, seem to have retained their very Australian sense of humour and energy despite, or perhaps because of, a work ethic that sets them apart in the modern day music industry.

“There's a lot of celebration on ‘Rising With The Sun’,” concludes Felix, “in terms of ‘celebrating’ what The Cat Empire is, and what it means to people to come to the shows and be a part of that celebration and self-abandon for a night. I don't want to make grand statements about whether it's our best album or not, It doesn't really matter. It's true to what the band is and what has kept people coming back to our shows for quite a long time (and) that’s something that's really great.” 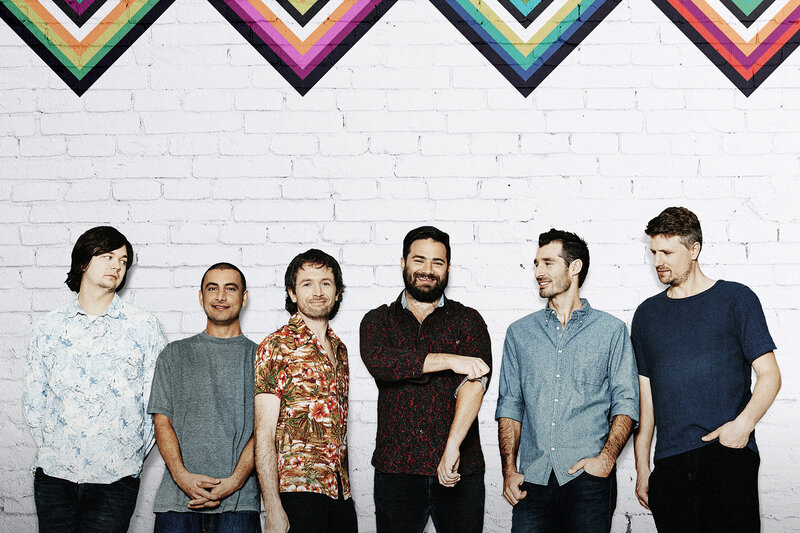