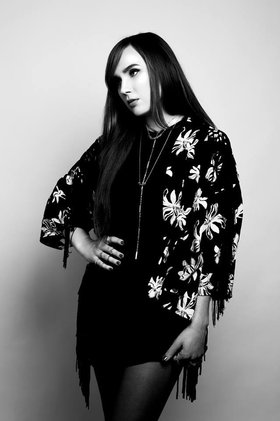 The Eventide Music Series! A free, all-ages, accessible, outdoor, multi-week series of musical performances. Eventide was developed as a partnership effort to animate Centennial Square and to support the local, emerging and diverse music scene in Victoria, BC.

Make sure to head to http://www.eventidevictoria.com for more information on the rest of the 10 FREE all-ages shows happening in Centennial Square!

Since departing from her former band Lillix, singer-songwriter Louise Burns has made a name for herself in the Canadian music scene. As a 20-year veteran, she has seen great success having toured extensively through North America, China, Europe and Japan. Burns will be releasing her third solo full-length which Eventide audiences can check out for free!

Having recently returned from a European tour in support of Black Mountain, The Backhomes will have a brief break before being part of the Copper Owl/the fifty fifty arts collective showcase on July 21st. From Only Friend to Tidalwave, The Backhomes have a way of animating any space in a quiet yet powerful way. It’s hard to believe that such a full and encompassing sound can come from just two people.

The genre-blending sounds of hip-hop/electronic artist Young Braised provide the west coast with what has been lacking; what 1080p describes as a “party cloud-rap, part colour-flow goof off.” Since his first fiercely unique release titled Japanese Tendencies, he has continued to develop his sound and work with other groups online and otherwise.

Brothers is a folk duo based out of Victoria that describe themselves as making “flower music.” Shane and Owen Hooper have written, performed, mixed and mastered all of the music on their latest release and that strong brotherly connection is clearly evident through their confident sound.

According to Louise Burns, the spirit animal hovering above her new album is a Foxx. A John Foxx, to be precise, meaning the impressively cheekboned UK synth pop pioneer who fronted Ultravox in the late ‘70s. You can find a picture of Burns online, standing in a record store, the proud new owner of Foxx’s second solo LP, The Garden. Fittingly, ... more info

The Backhomes is the musical project of Kees Dekker and Aimee van Drimmelen. http://thebackhomes.com/ more info
Submit info on this show to our admins