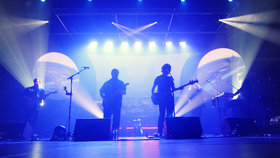 Music: Folk / Celtic / Latin / World, Funk / R&B, Jazz / Blues, Pop / Rock / Indie, Tribute / Cover
PIGS - Canada's Most Authentic Pink Floyd Tribute will be bringing their authentic sounds to 9 BC cities this summer of 2016. They are bringing an epic and rare treat for Pink Floyd fans - the band will be covering 47 years worth of Pink Floyd's legendary repertoire from 1967 to 2014, ranging from the band's earliest release to their final album; from the psychedelic misadventures of Arnold Layne to the final float down The Endless River.

In addition to classics from legendary albums such as Dark Side Of The Moon, Wish You Were Here, Animals, and The Wall, the band have many surprises in store, including material that has rarely, if ever, been performed live by the real Pink Floyd. The band, and their lighting, sound and visual designers are all Floyd aficionados and are coming together to create a breathtaking audio/visual for what will be an incredible night.

Formed in 2008 in Victoria, British Columbia, Pigs have been amazing audiences ever since with their dynamic re-creation of one of the world's favourite rock groups. Pigs' claim to fame is their authenticity, which means looking, sounding and feeling like the real Pink Floyd in their hey-day: the '70s. Audiences can expect long, pyschedelic jams t... more info
Submit info on this show to our admins