Ottawa's Jonathan Becker has been performing and touring as a singer-songwriter since 2005. Working with The North Fields has allowed a significant collaboration in his roots as a musician to fuse post-punk with his history of alt-folk.
"With songs rooted in a working class ethos and a social conscience, Becker's lyrics paint pictures of everyday struggles, heartache and dusty landscapes. It's gruff music for the wee hours inspired by the likes of Tom Waits and Joe Strummer."
- CBC Music

JESSE LEBOURDAIS, at the epicenter of EastVan's acoustic punk community, with a finger on the pulse, a foot on the gas and his heart on his sleeve. Jesse shreds his lungs, shatter's his guts and pours his innards all over the stage. he oozes and seeps through the cracks in the floor until the entire crowd is puddle stomping in the broken, bewildering, beautiful and embolden pieces of his soul.
"Hardcore guys sing folk songs all the time, but no one belts them out like LeBourdais. No one can capture the honesty, the raw emotion quite the way he can. These aren't your average sing-along songs, but you'll find yourself singing along anyway."
- CBC Music

NO MOTHERS play stereo-viola folk rock. in fact, they invented it ... Pushing the limits of how much ruckus can be made by two humans and their fiddles, the Brothers K holler out songs of whiskey, sagebrush, love, the other side, pirates, bicycles, and skeletons dancing in the grave. Aided by their friendly beards, mighty violas and an impeccable rhythm section Tony and John meander gracefully from bellowing fury to cosmic sentimentality. Never afraid of ANYTHING, their shows are a stew of crafty original songs and fresh arrangements of old favorites. Possessing the hearts, ears, and skeletons of folks since December 21, 2012, NO MOTHERS has arisen from the ashes of the apocalypse-that-only-sort-of-happened as one of the most original and entertaining folk acts you'll ever stomp along with.

Folk/Punk/Rock and Roll from Vancouver BC
Unknown

We put on shows in Lower Mainland BC. We put out albums by Local Bands. We put l...
Vancouver BC
Open / Operational 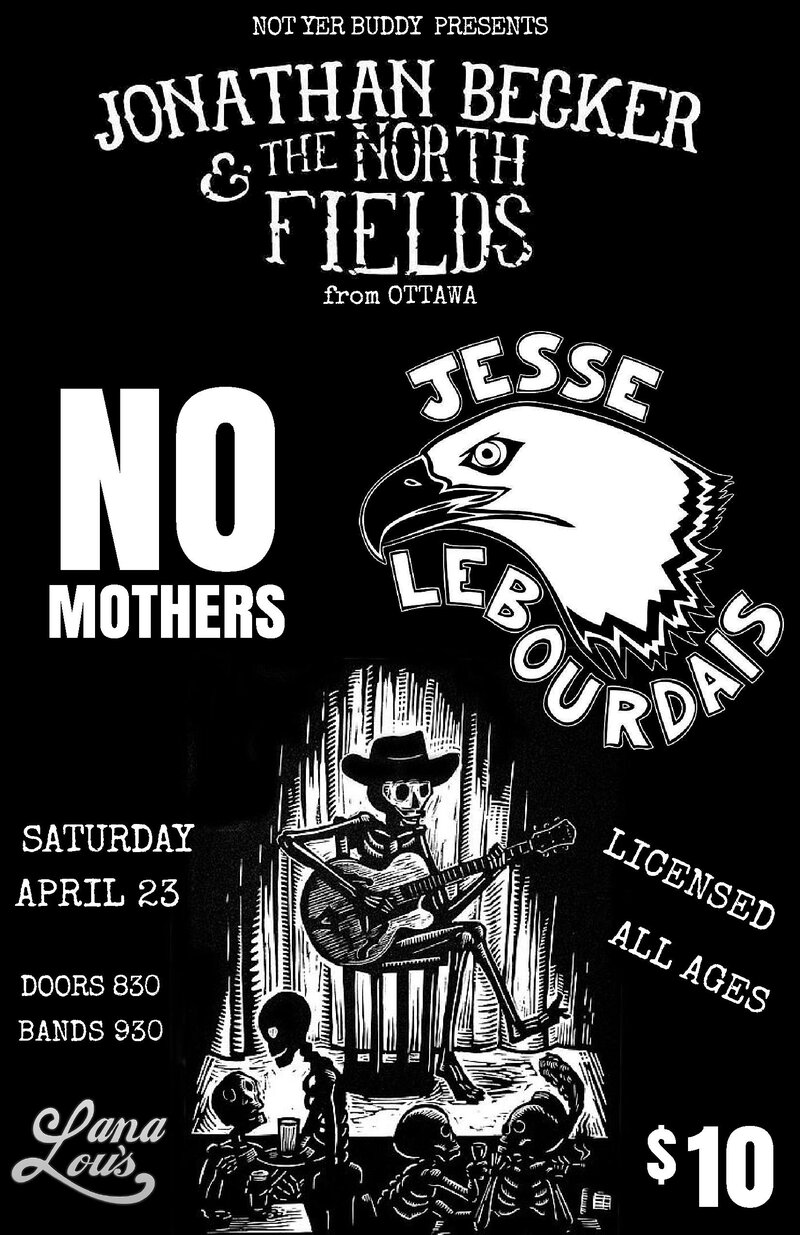