The Red Room Vancouver BC

DOORS AT 9PM - PLEASE ARRIVE EARLY. Random Rab is the musical brainchild of...

The Red Room (No Minors)


Random Rab is the musical brainchild of producer, instrumentalist, and singer Rab Clinton. With over 10 full length albums, a highly dedicated fanbase, and countless shows across the world, he fills a truly unique niche in the electronic music scene.

In addition to his popular Sunrise Sets, he regularly performs in theaters, clubs, and festivals both as a solo artist or with a live band. His live sets commonly include a mixture of live instrumentation, musical electronic production, live vocals and video projection.

International Storyteller, beat weaver, poet, and vocalist, AppleCat was raised on the West Coast of Canada. Music has been her number one passion since they day she was born. Poetry and grace, mixed with live mashup, reworking and mixed tempo sets bending the perception of "genre" and blending melodic cosmic sound, with carnal deep bass - plus a little "je ne sais quoi."

AppleCat is also the focus of a feature documentary about women in electronic music ‘Amplify Her’, releasing worldwide in 2016. http://www.amplifyherfilm.com/

What's next for this Sassy Cosmic Carnal Dragon Kitty? Only she knows....

Using her warm vibes and psychedelic sounds, Pyrrha Luna’s intention is to take you on a deep journey within. Weaving her signature combination of down/midtempo, psy dub, deep bass and world beats with thought provoking samples and transitory soundscapes, Pyrrha Luna creates a safe space for exploring new movements and expressions in the realm of dance.

Since 2010, Pyrrha Luna has been experimenting with many different genres to cultivate her unique style. In the summer of 2014 she had the opportunity to play at Intention Gathering, which led to her sharing soundscapes at Burning Man, Earthdance, Just Dance, Erotica Electronica, Blessed Coast, and numerous other festivals and events. Pyrrha Luna has had the pleasure to share the stage with Drumspyder, AppleCat, Emog, Raghunath Khe and many more local talents.

She is currently a resident DJ and member of the organizing team for the Full Moon Medicine gatherings in the Southwestern mainland of British Columbia." 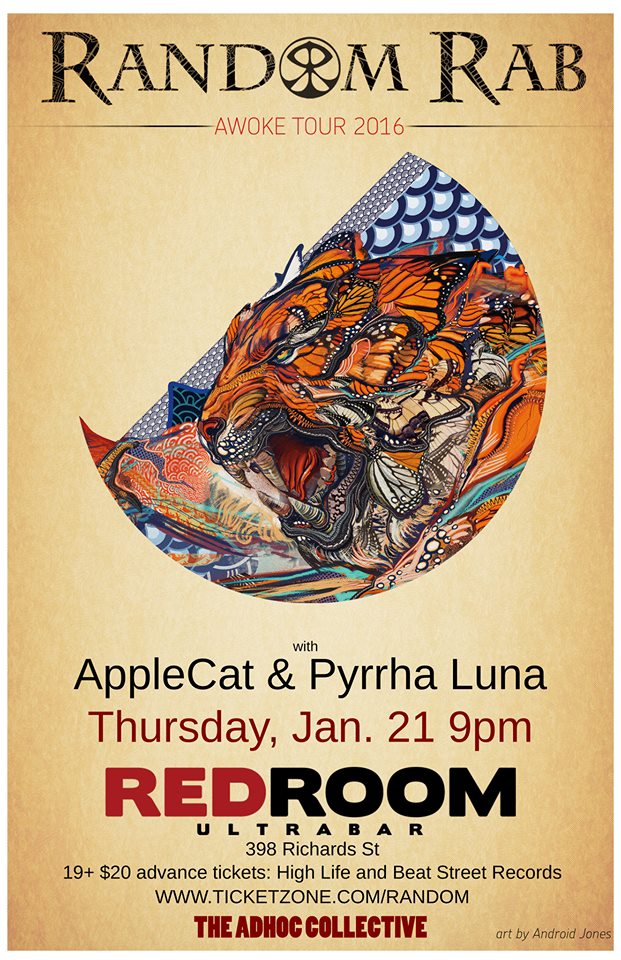