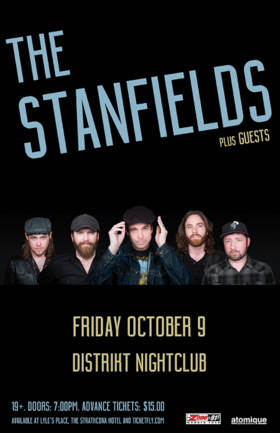 The Stanfields are a five-piece rock/roots band based in Halifax NS, Canada. They play what they want, sing what they feel, and leave nothing on the table.

Aegis Fang is a three piece Blues/Rock band from Vancouver Island, on the west coast of British Columbia, Canada. Always looking to bring something new to the speaker and the stage with their unique brand of eclectic rock songs and interchanging band positions, this band has built their reputation on bridging the gap between an explosive rock sh... more info
Audio: Foot Down, Ghetto Man, Eagle Eye
Submit info on this show to our admins