All Saints by-the-Sea Ganges BC

All Saints by-the-Sea (All Ages)

Allison Crowe (http://allisoncrowe.com/bio.html) returns for a musical celebration. It’s a joyously mutual affair of the heart between the bi-coastal artist, (born on Vancouver Island and home on the lovely isle of Newfoundland), and Salt Springers from her first performance here as a teenager.

This upcoming Canada Day weekend, Crowe brings to the stage a brand-new musical combo featuring: bassist Dave Baird, a much sought-after jazz, funk, and rock player who’s performed with Kings Without, Wunderbread, The Thieves and the Canadian Tenors. As well as playing on numerous of Allison Crowe’s internationally-acclaimed recordings, including the album “This Little Bird” – Baird, a Nanaimo native, is a premiere birder on the big island.

And - from Germany’s Black Forest region, Celine Greb has been playing cello since age five. After performing for great audiences at the Peter und Paul Fest Bretten, with the popular ensemble ‘Sudden Inspiration’, and elsewhere across Europe, especially in tandem with her Father, keyboardist, René Hertenstein, she makes her North American debut here on SSI.

Joining the trio, on guitar, and performing her own solo set as special guest is Salt Spring’s own Billie Woods (https://billiewoodsmusic.bandcamp.com) whose style is rooted in Canada’s Pacific Northwest and infused with the warmth and vitality of cultural rhythms of Brazil. From home-base in “Canada’s banana belt” she’s blended a life of passions – principally music and photography. Now 31, Billie Woods has been playing guitar since age 12. She cites classical guitarist Jose Gonzales and Mexico’s Rodrigo y Gabriela among her inspirations. Super-simpatico, Billie Woods is a popular tour partner of Allison Crowe since 2005 – as support artist and concert, travel photographer. She performs songs from her debut album/CD, “Only So Far”, along with a batch of songs still to be recorded.

Soon after Allison Crowe’s early performances here on SSI, (at the start of this millennia), inspired by Ani DiFranco and Loreena McKennitt she created an independent record label.

Her singular musical talents and integrity combine to produce one of the most amazing recording careers and live concert performers of our era. Global appreciation of the vocalist, pianist, guitarist+ - whose recordings and videos enjoy tens of millions of views and plays online – has been established by legendary concert appearances – such as her 2007 turn on-stage at Scotland’s “John Lennon Northern Lights Festival” before Carol Ann Duffy, Britain’s Poet Laureate, and Sir Peter Maxwell Davies, the Master of the Queen's Music. Calling her "awesome" and "spine-tingling”, Festival Director Mike Merritt told the BBC that Crowe "put hairs on the back of your neck! She brought the house down."

Since her last concert on our isle, (a sold-out show in Spring 2009), Allison Crowe’s thrilled audiences worldwide. She’s toured with Canada’s Royal Winnipeg Ballet – and, even, cameos in the Hollywood blockbuster “Man of Steel”. (Director Zack Snyder declares himself a major fan.) During these six years she’s released eight albums embracing rock, folk, roots, jazz, Broadway, Celtic+ – including the LP “Newfoundland Vinyl” from the hit stage show at the Gros Morne Theatre Festival for which Crowe serves as Musical Director (http://music.allisoncrowe.com) 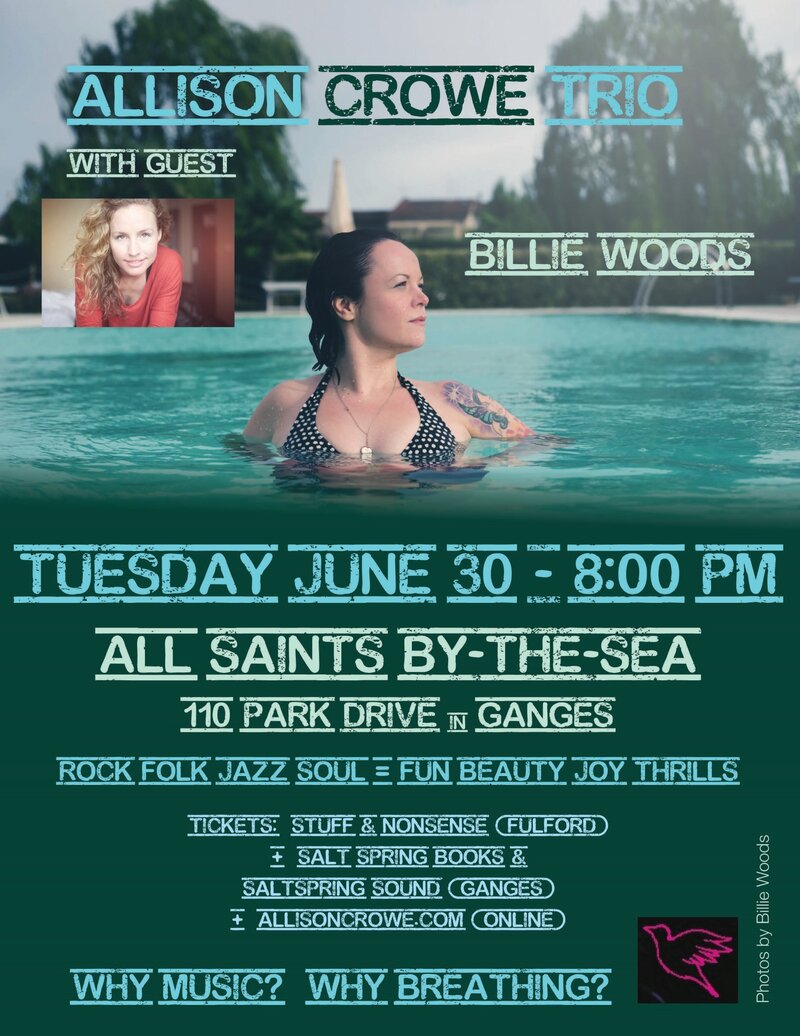 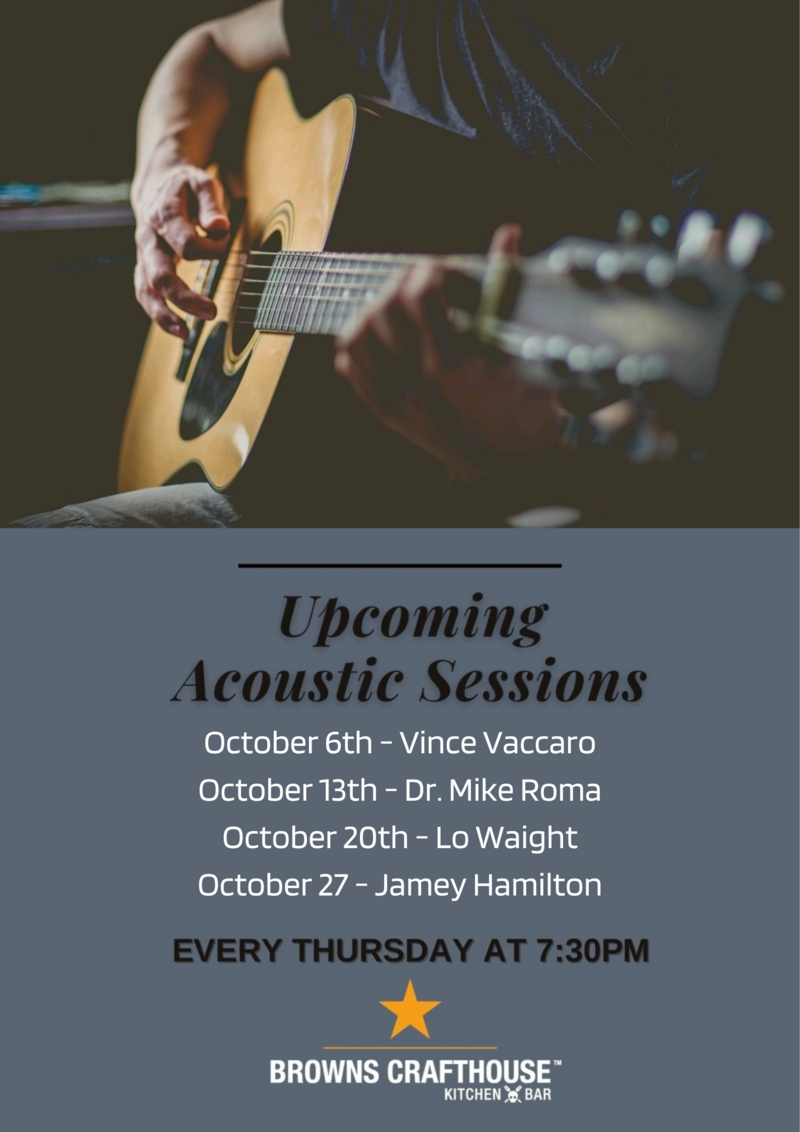