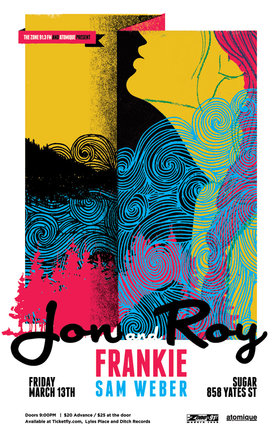 FRANKIE is an all-girl twinkle-rock group from Vancouver, BC comprising of Francesca Carbonneau (vocals, guitar), Nashlyn Lloyd (vocals, keys), Samantha Lankester (vocals, bass), and Zoe Fuhr (drums). The band formed in December 2013 for what they thought would be a one-off gig only to discover that they really did have something special together. more info