Join us for a Dine Out Vancouver on Saturday, January 31st, featuring Tom Lavin ...

Blues from Vancouver BC
Unknown

Join us for a Dine Out Vancouver on Saturday, January 31st, featuring Tom Lavin & The Legendary Powder Blues!

FanClub's Dine Out menu is available to view to the left (under the poster).

For over three decades Powder Blues has been Canadas leading blues band. The sound is a mix of swing, blues, jazz, rock & roll and r & b with an appeal so wide that people from seven to seventy often swing side by side at a Powder Blues concert. Over the years the band has toured non-stop through Canada, the United States and overseas, spreading a feel-good groove that makes people dance and shout.

Powder Blues debut album, Uncut, was shrugged off by the big record labels who told the band there was no market for the blues. Undiscouraged, the band sold it off stage and sent it to radio stations whose switchboards lit up with calls asking whos that? After selling 30,000 copies in a few weeks, the same record labels competed to distribute this non-commercial product. To date Powder Blues albums have sold over a million copies worldwide.

Leader, Tom Lavin has written many of the bands best-known songs including Doin It Right [On the Wrong Side of Town] and Boppin With the Blues. Born in Chicago where he watched and worked with local bands and blues legends, Tom moved to Vancouver gigging nightly in the downtown nightclub scene. This led to work as a studio musician, song writer, band leader, record producer and film composer.

Tom has won BCMIA awards for Guitarist, Singer, Songwriter and Producer of the Year, a Juno award for Best New Band and the American W.C. Handy award. He has over a dozen gold, and platinum records for Powder Blues, Prism, April Wine, Long John Baldry, Amos Garrett, and many others. His Blue Wave studio has gold records for Powder Blues and numerous other artists. 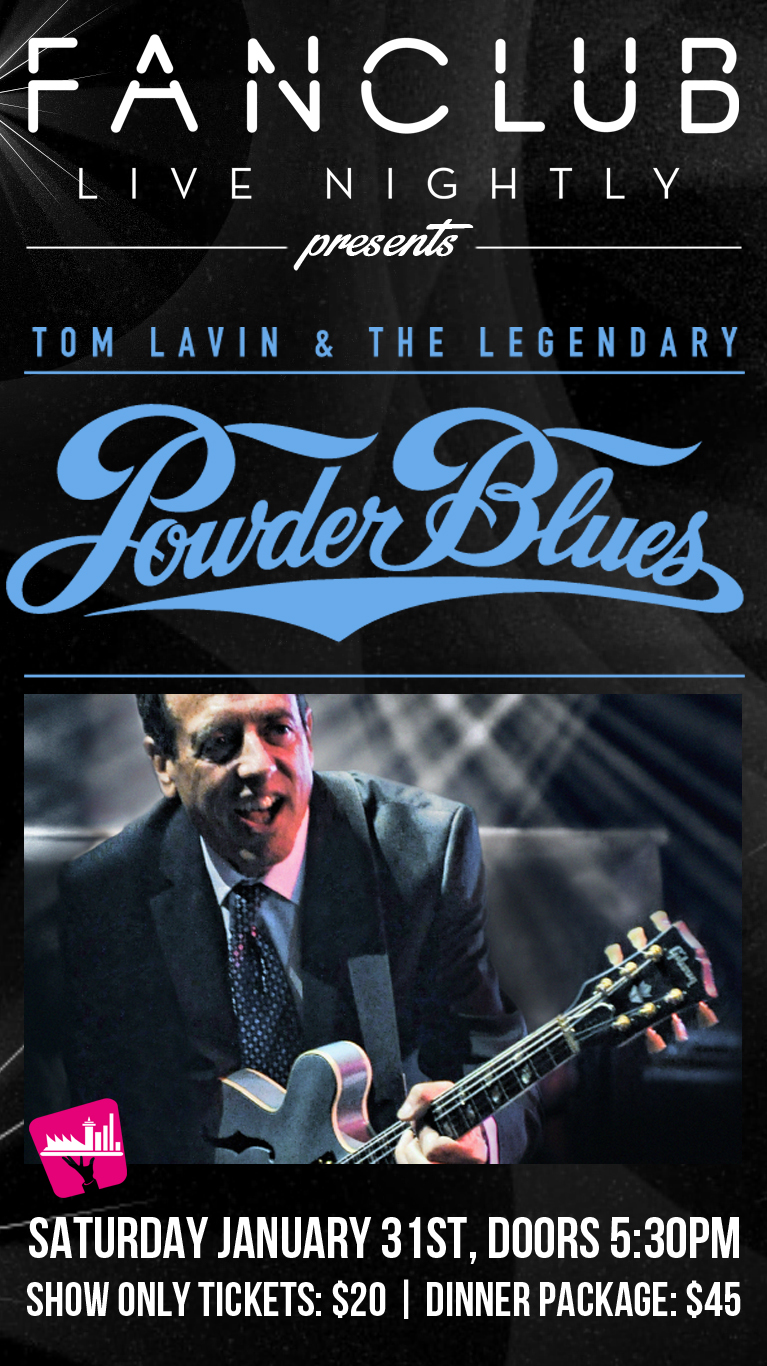