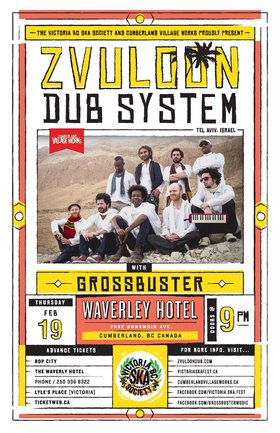 Our Island's own Grossbuster will also be performing alongside ZVULOON DUB SYSTEM. Grossbuster mixes reggae, dub, hip hop and other bass sounds using both live instruments and electronics. He often appears with "Orilla" who accompanies him as an MC and singer on various tracks.

Zvuloon Dub System emerges from a multicultural middle-eastern music scene, singing in English and Amharic. The band's album "Anbessa Dub" has been given rave reviews all over the world since it was released earlier this year. BBC's David 'Ram Jam' Rodigan has nothing but praise for the band and gives them regular play on his world famous radio show. Roger Steffens - Founding Chairman of Reggae Grammy Committee says, "Zvuloon Dub System demonstrates conclusively why they are Israel's top reggae band, proving great roots music today finds some of its finest expressions outside its Jamaican homeland. Touching on many of the major themes of conscious reggae with authentic rhythms and tasty lead vocals, Zvuloon deserves a wide international audience." 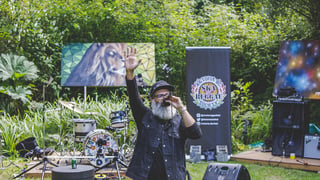